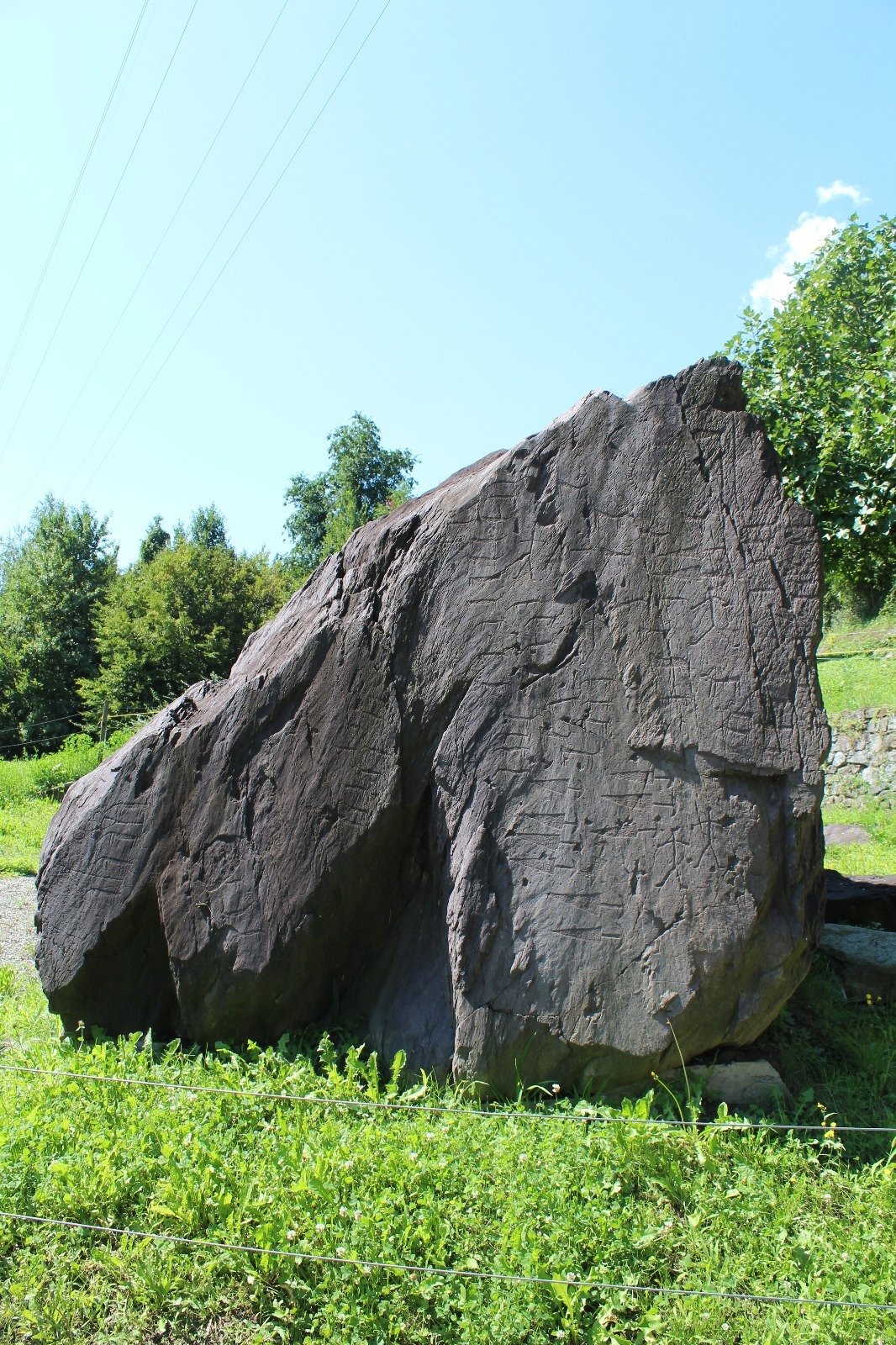 The sanctuary was built by the population of the Camunni in the third millennium BCE and used and reshaped until the Roman Age. In an area surrounded by three plough furrows and by a wall fence built during the Bronze Age, 2.5 meters wide, there's two boulders of Verrucano Lombardo (a grey-violet stone) engraved with a great number of figures: animals (deer, boars, chamois, ibexes, dogs), weapons (daggers, axes), solar symbols and a ploughing scene. The carved sides of both boulders are oriented to the east.