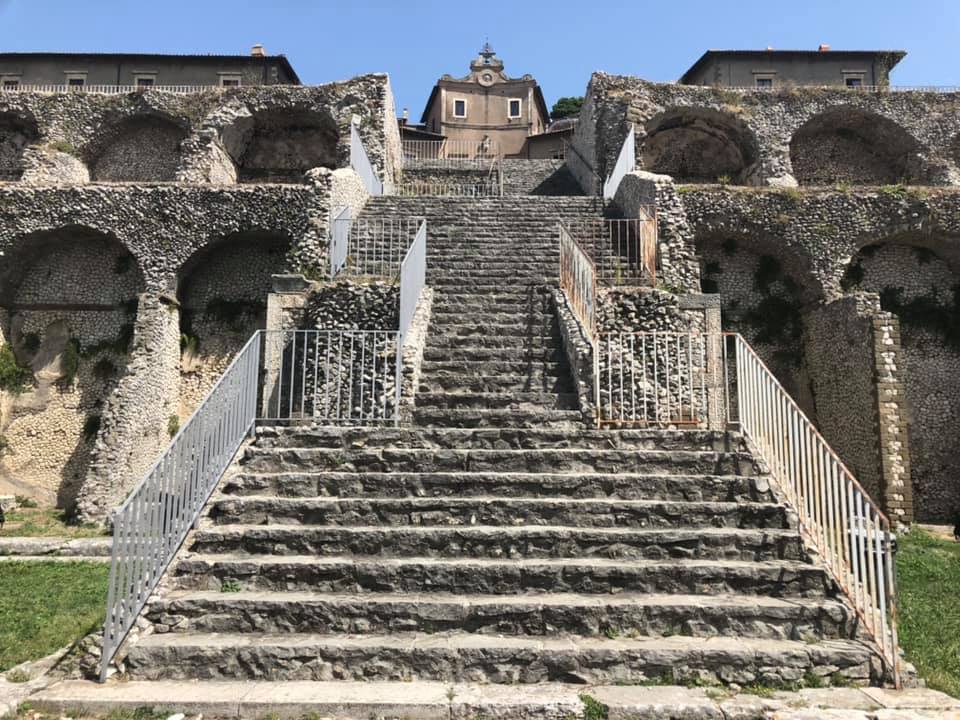 The sanctuary of Fortuna Primigenia was an ancient Roman, extra-urban religious complex founded in Praeneste (now Palestrina) in the last years of the second century BCE. The temple within the sanctuary was dedicated to the goddess Fortuna Primigenia (Fortune of the First Born), at the same time mother and daughter of Jupiter. The cult was associated with the oracle which occurred through the extraction of the sortes.
The sanctuary occupies a series of six vast terraces, which, resting on large masonry substructures and connected with each other by staircases, rise one above the other on the hill in the form of the front side of a ziggurat, crowned on the highest terrace by a cave surmounted by the semicircular porch of the temple of Fortune.

Between the 12th and 17th centuries CE the families Colonna and Barberiniy built, on the ruins of the sanctuary, a palace that today host a museum where are displaced many objects found during the excavations in the area of the ancient sanctuary.