Turkey
Hadrian’s Temple, is a temple in the historic city of Ephesus.
Want to visit
Undo
0
Been here
Undo
0 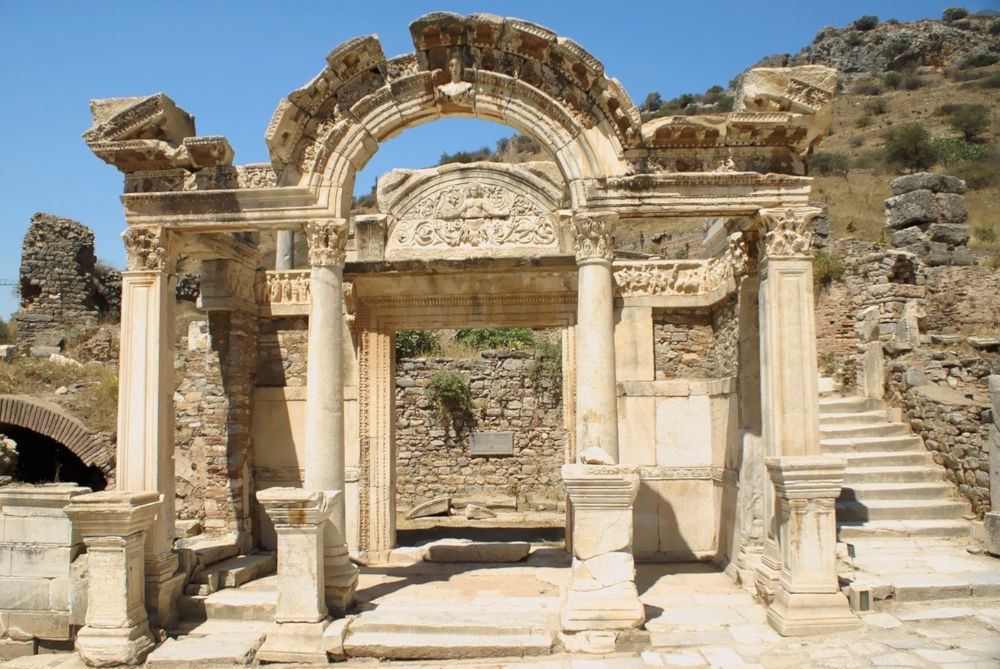 In the first half of the second century, this temple was erected in honour of Emperor Hadrian. Fire made it necessary to restore the temple in the fourth century. Theodosius commissioned this restoration in honor of his father, General Theodosius, who was hanged innocently. Special are the four reliefs, the originals of which are now in the museum in Selçuk, which depict, among other things, the foundation story of Ephesus. In the cella, the inner room, there once was a statue of Hadrian. On the slope behind the temple are the houses of wealthy citizens under the earth.