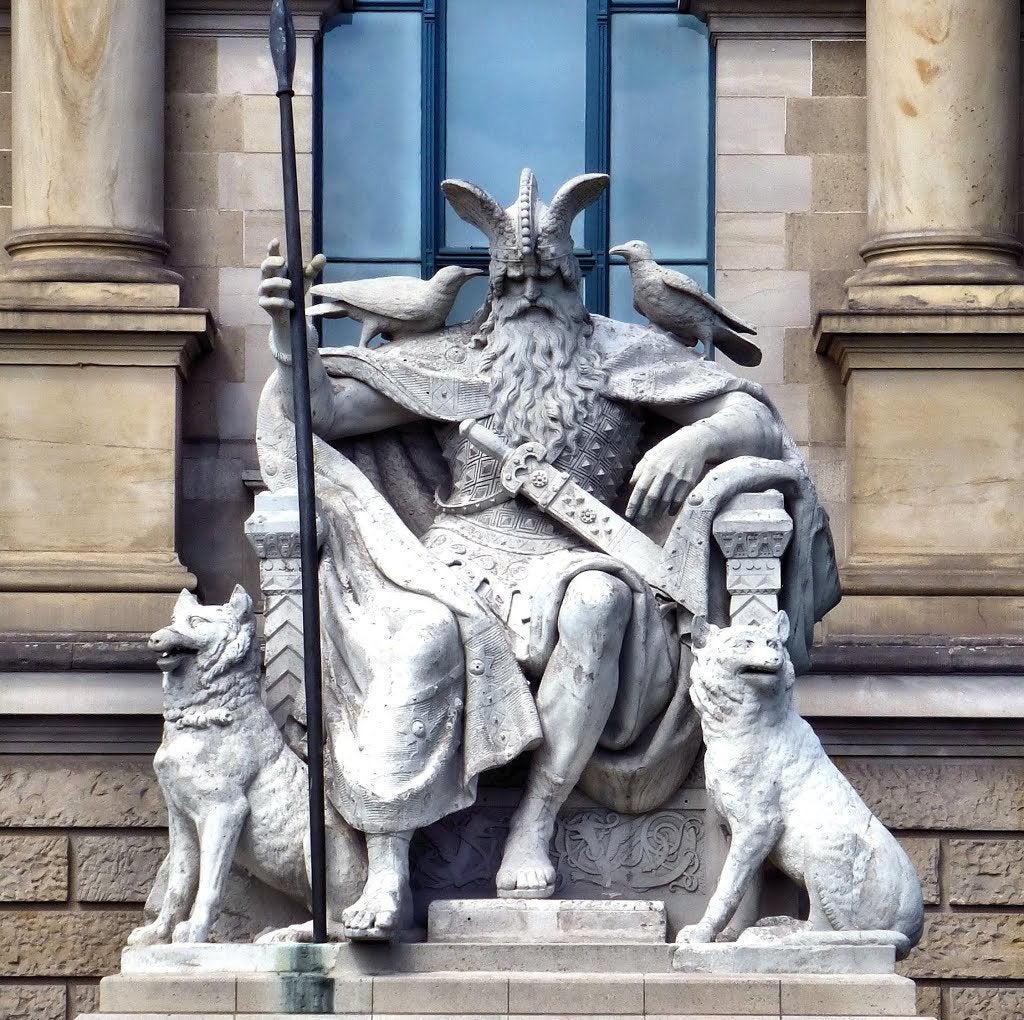 This limestone group statue, established in 1902, stands behind the Museum of Lower Saxony in Hanover, Germany. Heavily damaged in World War II, the limestone group was removed in 1943, and put back up in 1987 after extensive restoration.

Sculpter Wilhelm Engelhard executed many groups, single figures and genre pieces. Among his creations are the limestone statues of Odin, Thor, and the Valkyries, a marble statue of Baldur, as well as the Edda frieze, his chief work. Most of which no longer survive.