Sweden
This mound is the site where Bjorn Ironside was buried. Son of legendary Viking Ragnar Lothbrok.
Want to visit
Undo
13
Been here
Undo
0 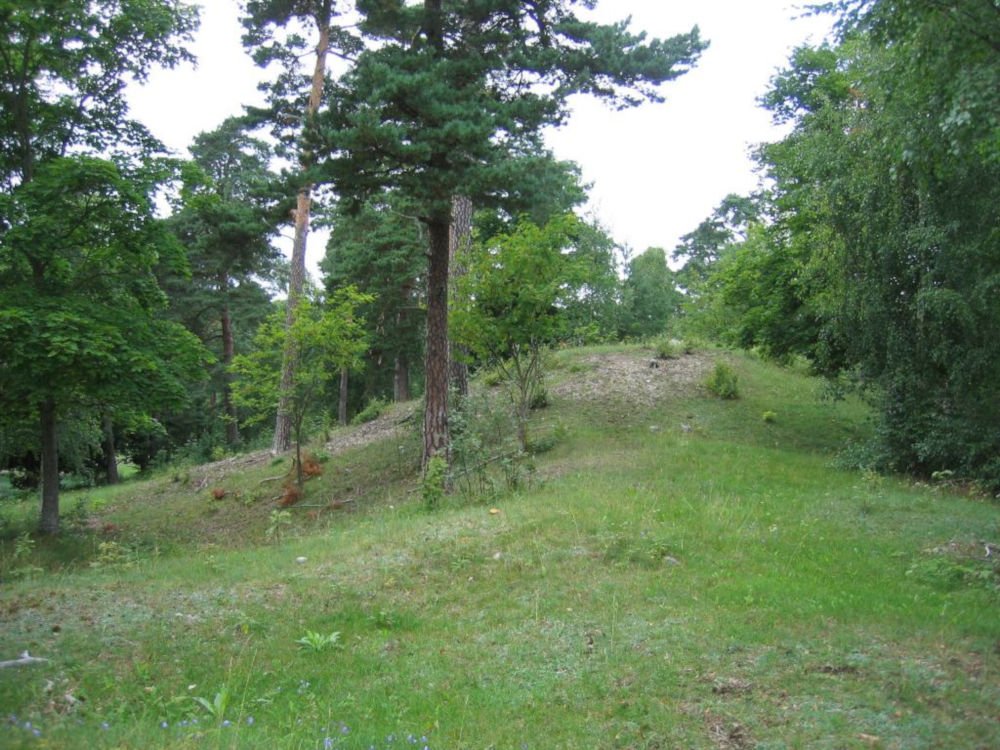 The Burial Mound of Bjorn Ironside, which is called Björnshögen or Björn Järnsida's hög in Swedish, is a royal burial mound located on Munsön island in Lake Mälaren and in Ekerö Municipality, Sweden. The mound is 20 meters in diameter and five meters tall. The mound is part of a burial field that consists of 150 ancient remains: five burial mounds, a runestone and about 145 round stone settings. The burial ground is dated to the Vendel period, about 550-800 CE.


The burial ground is believed to have belonged to the royal manor Husby. According to legend, Bjorn Ironside (Swedish: Björn Järnsida) is buried in the mound which is also called "King Björn's mound" or "Björn Järnsida's mound". The runestone, which is located on top of Björn Järnsida's mound, is only a fragment of a runestone and thus also has a fragmented text. The stone is probably from the end of the 1000s and thus several hundred years younger than the burial mound.

The legend that this burial mound is where Bjorn Ironside is buried first saw the light in the 18th century when some historians claimed that this was the site of Bjorn Ironside's grave. However, there is little evidence to back this up.

Bjorn Ironside (Járnsíða) was the son of legendary Viking Ragnar Lothbrok. Bjorn earned possibly as much fame, and perhaps he achieved even more fame as he founded a dynasty of Swedish Kings.

One of the numerous stories related to Bjorn was of a time when he and his men attempted to take the Italian city of Luna, near Pisa. Having mistaken Pisa for Rome, he and his men did not fail to take advantage of the situation by taking the area anyway. After Pisa, he and his men went further inland to the city of Luna. Luna having high and nearly impenetrable walls, Bjorn came up with the genius plan to fake his death as well as faking his desire for a deathbed conversion and "baptism". He knew that the leaders of Luna would see the "soul" of such high-value Heathen warlord as a prize. The city officials allowed his coffin to be brought within the city to be given a proper "Christian" burial. 4 of his men were allowed to carry his coffin inside the city. Once inside, Bjorn burst free of his coffin, threw the weapons he concealed to his men, the five of them fought their way to the gates and opened them for the rest of his men to come through. Bjorn was a lifelong Pagan. Honour him and his memory.

The picture is of Bjorn's burial mound. Which was done in the traditional fashion. Sitting atop the mound was a runestone. A drawing of the only remaining fragment is attached.

The Burial Mound of Bjorn Ironside is freely accessible and lies just off the Björn Järnsidas väg.