Russia
Arkaim is a Middle Bronze Age fortified settlement, dated to about 2000 BCE.
Want to visit
Undo
0
Been here
Undo
0 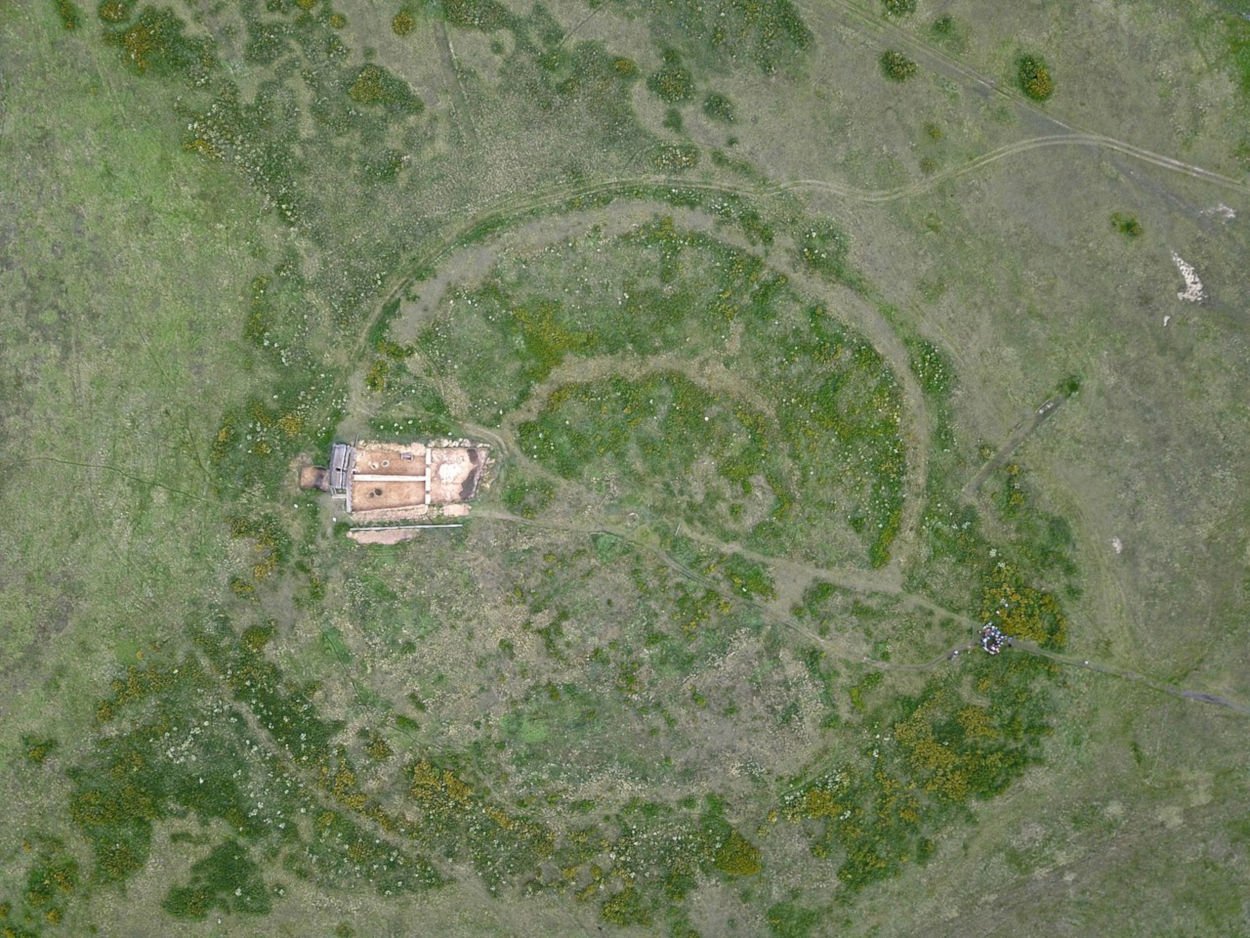 Arkaim is a Middle Bronze Age fortified settlement, dated to about 2000 BCE.

Arkaim is located on an elevated promontory formed by the confluence of the Bolshaya Karaganka and Utyaganka rivers, 8 km north of Amursky village, Bredinsky district and 2 km southeast of Aleksandrovsky village, Kizilsky district, Chelyabinsk region.

The settlement and adjacent territory with a whole complex of archaeological monuments from different times is a natural landscape and historical archaeological reserve - a branch of the Ilmen State Reserve named after V.I. Lenin from the Ural Branch of the Russian Academy of Sciences. The monument is distinguished by the unique preservation of defensive structures, the presence of synchronous cemeteries and the integrity of the historical landscape.