Portugal
The Barreira megalithic complex is located on a small wooded hill north of the village of Odrinhas, Portugal. It consists of about 20 menhirs and other monoliths.
Want to visit
Undo
0
Been here
Undo
0 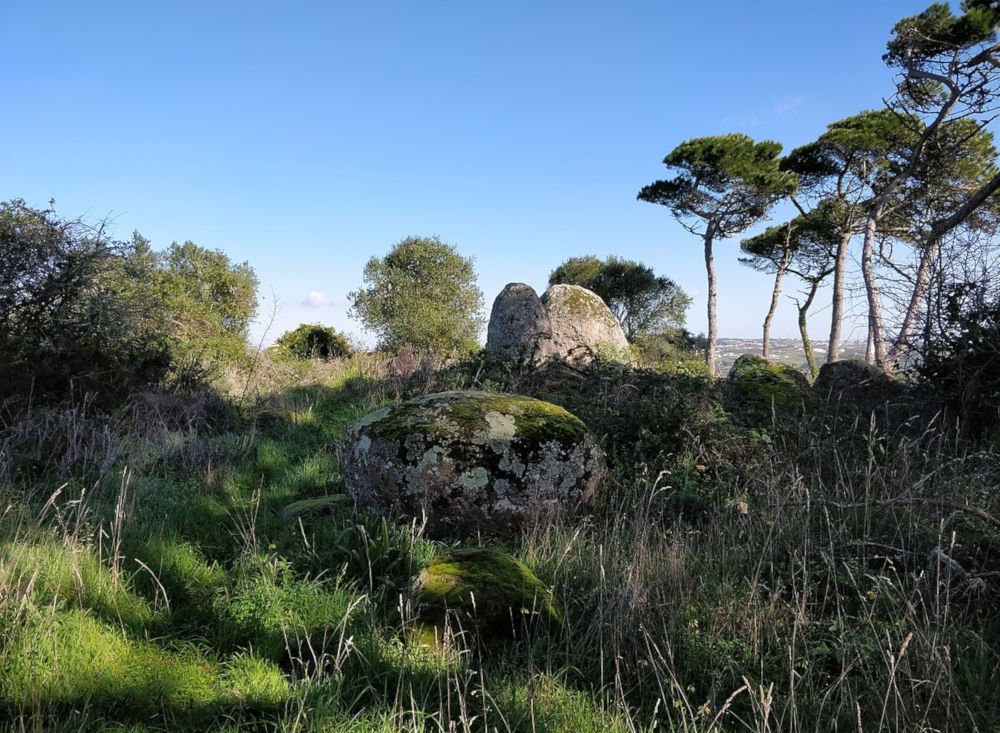 The Barreira megalithic complex (Portuguese Conjunto Megalítico de Barreira) is located on a small wooded hill north of the village of Odrinhas, on the road from Sintra to Ericeira in the Lisbon district of Portugal. It consists of about 20 menhirs and other monoliths.

The cromlech consists mainly of barrel-shaped stones (Portuguese: Pedras talhas) of different heights, the largest of which is about 4.0 meters high. The size of the stones decreases with increasing distance from the central menhir and the megaliths form rows of stones with relatively small intervals in some places. The complex examined by Gil Estevam Miguéis Andrade and Eduardo Prescott Vicente was only identified as such in 1961. The two continued their studies in the following years. In 1975 several monoliths were removed for use in the port of Ericeira. In 1985 the landowners removed three more menhirs, including the central monolith. With the exception of a few small round holes that may represent eyes, no carved or painted symbols were found.

Several items were found west of the complex, including Paleolithic flint, ceramics and other utensils from the Neolithic, and Iron Age shards.