Germany
The Blengow dolmen (also called Vossberg) with the Sprockhoff no. 329 is located east of Blengow in Mecklenburg-Western Pomerania, Germany.
Want to visit
Undo
0
Been here
Undo
0 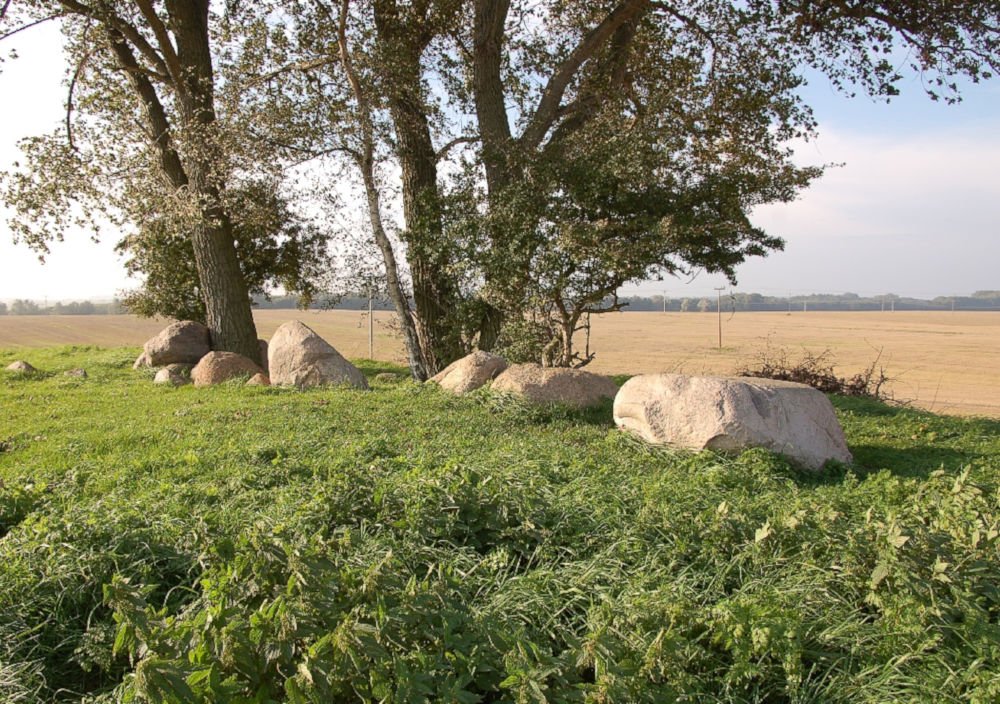 The Blengow dolmen (also called Vossberg) with the Sprockhoff no. 329 is located east of Blengow in Mecklenburg-Western Pomerania, Germany. This dolmen is of an unknown type, and it is severely damaged.

It is a barren bed in which there was a transverse chamber. Eight stones of the eastern and two of the western long sides have been preserved. The width of the barren bed can be given as 5.7 meters. E. Sprockhoff does not mention any preserved stones in the chamber. However, a bearing stone and capstone can currently be seen on the hill. Apparently they were found during excavations. E. Sprockhoff considered the northernmost stone on the eastern long side to be the cornerstone of the associated narrow side. The stone has a few bowls on its smooth surface and seven engraved wheel crosses 15–20 cm in diameter; three are easily recognizable. The wheel crosses are considered Bronze Age symbols that are usually found on the capstones. It is therefore conceivable that the engraved stone is a relocated capstone of the chamber.