Finland
This burial site in Herttoniemenranta, Helsinki dates back to the Bronze Age.
Want to visit
Undo
2
Been here
Undo
0 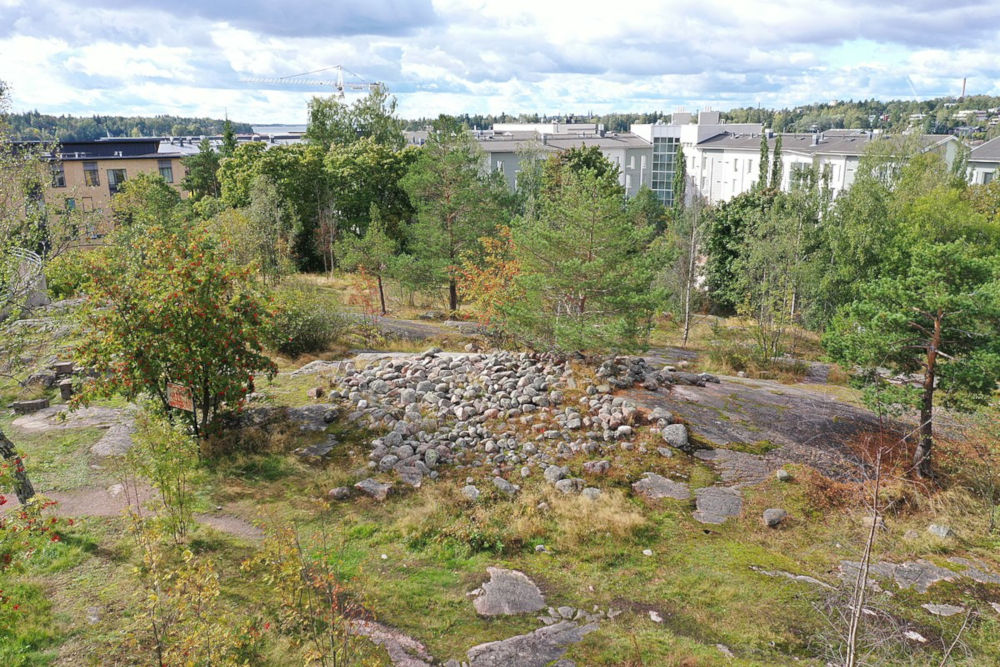 This Bronze Age cairn lies in the middle of the Herttoniemenranta housing area in Helsinki, Finland. The park is a wooded area with a lot of exposed bedrock . The cairn was erected on the protruding top of bedrock, and it is approximately 10 by 9 meters in size, and about 1 meter tall. Originally it would have overlooked the sea , but that view is now blocked by buldings. During the Bronze Age, the cairn was on a tiny island of bedrock close to the mainland..

This cairn was excavated in 1886 by J. R. Aspelin. The excavation revealed burnt bone, charcoal and a horse tooth, but there were no artefacts found. According to Aspelin, the cairn had been in part destroyed before the excavation, as stones from it had been sold in the nineteenth century.