United Kingdom
The Calanais Standing Stones are erected stones in a cross shape on the Isle of Lewis.
Want to visit
Undo
0
Been here
Undo
1 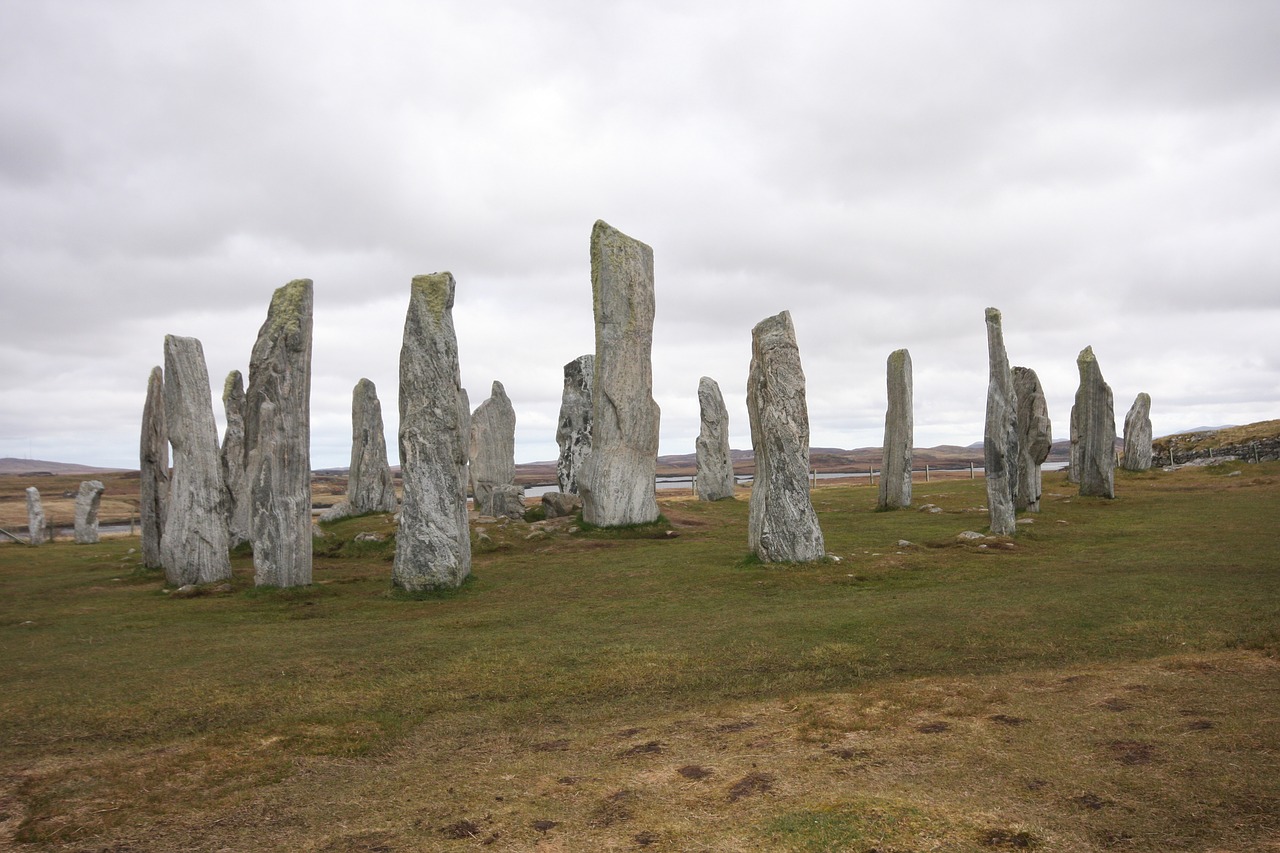 With only tales left to describe the significance of the site, many researchers guess it to be an astronomical observatory.

A monolith stretches 4.8m high and stretching out from it- smaller stones are planted going South, East, and West. In North's direction, there are two rows of small stones side by side going along for 83m. A stone circle encompasses the monolith and a small chambered tomb.

When this site was constructed and in serious use between 2900 and 2600 BCE, the climate would have been warm enough for the landscape to produce plenty of food and thriving wildlife. Excavated artefacts prove that the folk that came to this bountiful land were very sophisticated and were a part of a greater folk responsible for the construction of many henges.

At least 11 other stone circles were constructed much later in the surrounding area, along with the rest of evidence, it is estimated this site was in ritualistic use for 2000 years.

Today the site is in the care of the Historic Environment Scotland organization. Details on Pricing and Opening times can be found on their website which you can find by clicking 'More information'.