Denmark
The Carlsten (also Carlssten or Karlssten) is a dolmen in Hundested, west of Frederiksværk in the north of the Danish island of Zealand.
Want to visit
Undo
0
Been here
Undo
0 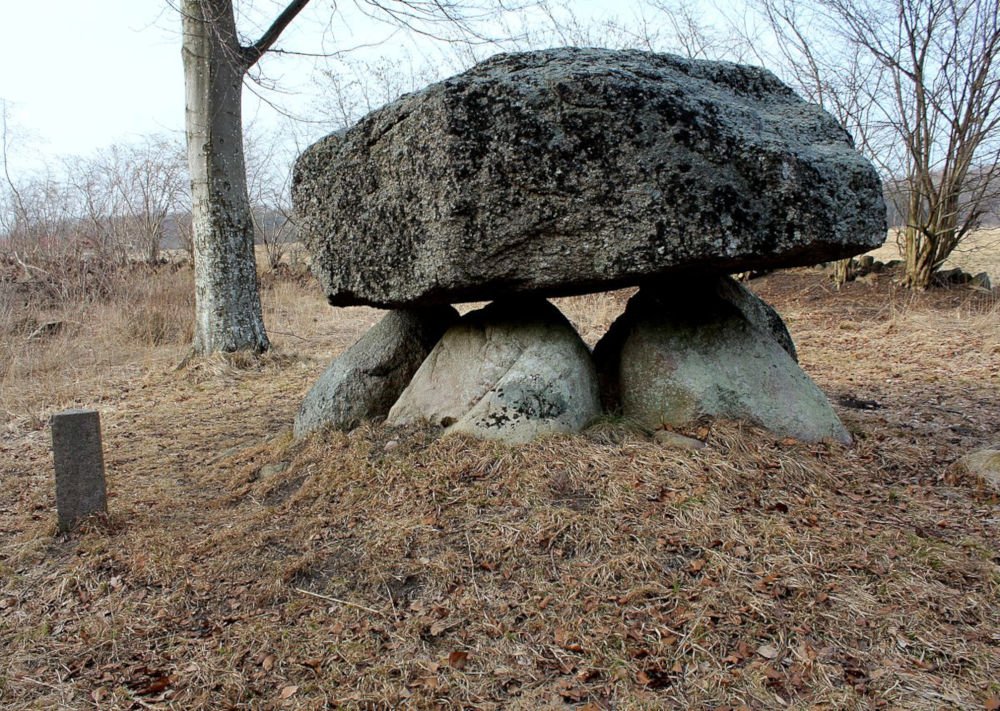 The Carlsten (also Carlssten or Karlssten) is a dolmen in Hundested, west of Frederiksværk in the north of the Danish island of Zealand. It became famous in the middle of the 20th century when it became a motif on the then-new 5-crown note designed by the artist Gerhard Heilmann (1859–1946).

The large stone grave is in Grønneseskov not far from the beach. The megalithic system of the funnel beaker culture was created between 3500 and 2800 BCE. The massive Dysse (Danish for "Dolmen") from the Neolithic Age was placed under protection in 1860. In 1862, when the artist Jacob Kornerup also dealt with the facility, it was first examined by archaeologists. The Carlsten is nothing special in the archaeological sense. It stands on the remains of a round hill (Danish: Runddysse) about 5.0 m in diameter. The north-west-south-east oriented chamber consists of five supporting stones and the capstone protruding on all sides. The chamber base forms a hexagon. The chamber is about 2.1 m long, 1.8 m wide and 0.9 m high. The entrance is open, the stones of the corridor have been removed. It is a polygonal pole with the oversized capstone characteristic of this type. Neither the hill nor the stones of the enclosure have survived.