Germany
The Carmzow dolmen is a megalithic grave complex of the Neolithic funnel beaker culture near Carmzow, Germany. It has Sprockhoff number 459.
Want to visit
Undo
0
Been here
Undo
0 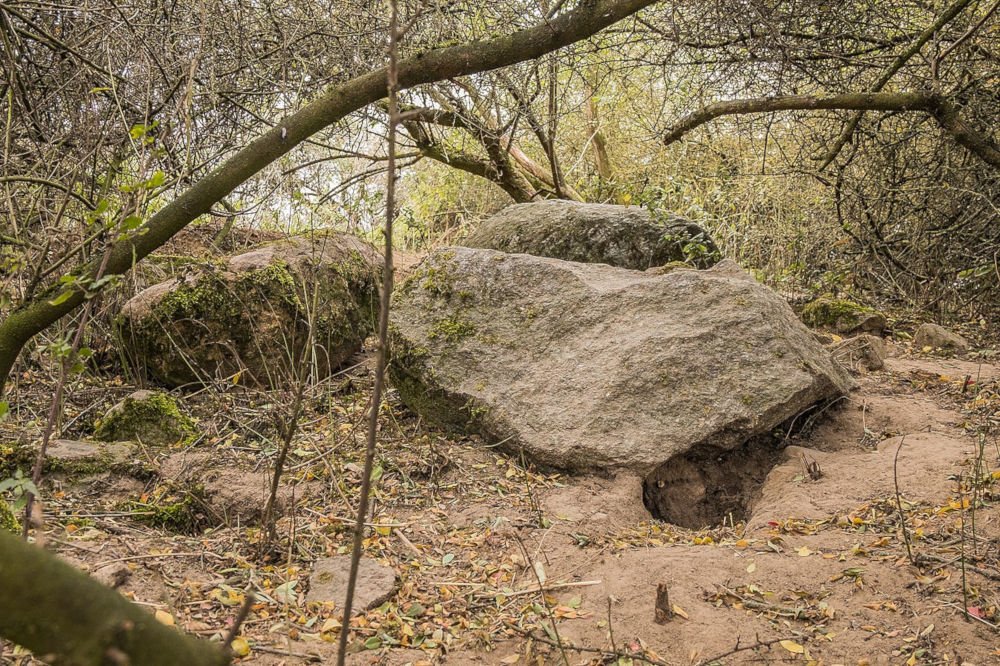 The Carmzow dolmen is a megalithic grave complex of the Neolithic funnel beaker culture near Carmzow, a district of Carmzow-Wallmow in the Uckermark district (Brandenburg). It has Sprockhoff number 459.

The complex has a pile of mounds and a burial chamber, presumably originally encased with rolling stones, north-south oriented. The chamber is a little southeast of the middle of the hill. It is 2.4 m long and 1.1 m wide, with a 0.5 m wide vestibule to the south. The chamber has nine narrow wall panels: three on the western long side, four on the eastern long side, an endplate on the northern narrow side and a threshold stone that marks the entrance on the south side. Only one of the capstones remains, which fell into the interior of the chamber. The spaces between the panels were filled with spandrel masonry. Due to its relatively small dimensions and the rather small wall panels, the burial chamber has been classified differently in the specialist literature: Ewald Schuldt classified it as an extended dolmen, Hans-Jürgen Beier as an extended dolmen or ramp box and Eberhard Kirsch as a large stone box.