France
The Carnac Megaliths are rows of menhirs (stone rows) in various places in Carnac in France.
Want to visit
Undo
0
Been here
Undo
1 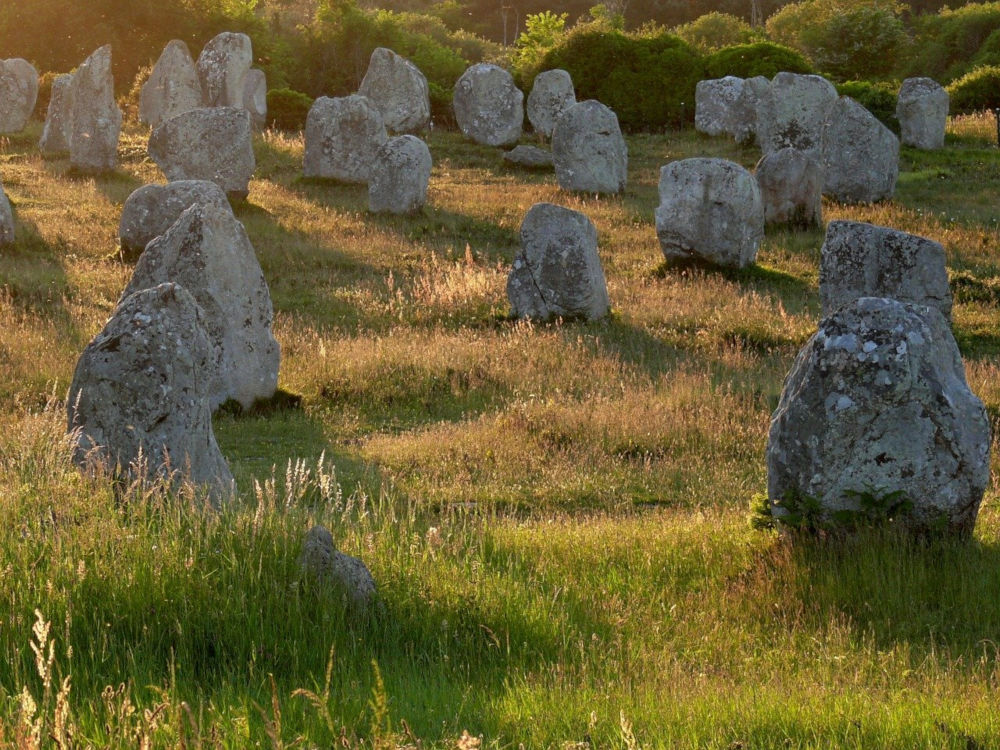 The Carnac Megaliths are rows of menhirs (stone rows) in various places in Carnac in France.

The stones are located at a distance of 8 kilometers over 4 hamlets in Carnac. Well-known stone patterns in Carnac are those of Le Menec and Kermario. There are also some very large megaliths and one of about 20 meters tall. However, it has not survived the test of time. How the – often very large – stones were put in place is still largely a mystery.

In Le Menec, 11 rows of menhirs are almost parallel to each other. They are arranged from large to small and are between 3.7 m and 1 m high.
Several burial mounds have also been found in Kermario and are therefore also called the place of the dead. The stones are a distance of 1.2 km with the highest stones reaching 7m.
in Kerlescan there are 13 parallel avenues with 540 menhirs in a square shape. In a field a little further there are another 100. It is suspected that these used to belong to a whole.

In total, approximately 2,600 of the original estimated 11,000 stones remain. A distinction is made between standing stones (only called menhirs in France), stone circles (called cromlechs in Great Britain) and burial mounds (dolmens or tumuli).