France
The Castelló dolmen is located near the Col de Castelló, northwest of Prats-de-Mollo-la-Preste in the upper Vallespir in the Pyrénées-Orientales department in France.
Want to visit
Undo
0
Been here
Undo
0 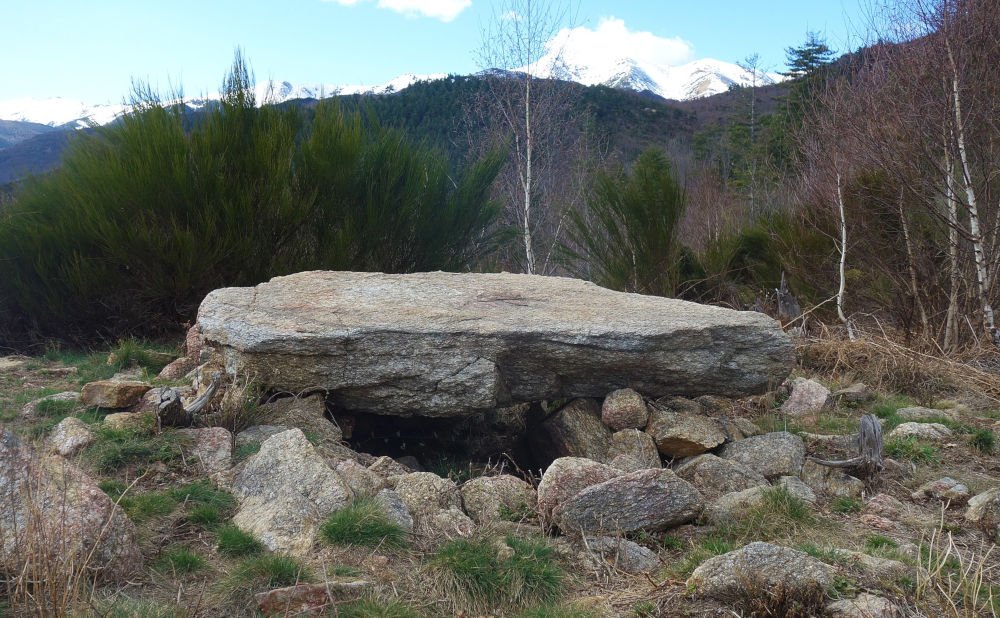 The Castelló dolmen is located near the Col de Castelló, northwest of Prats-de-Mollo-la-Preste in the upper Vallespir in the Pyrénées-Orientales department in France.

The dolmen consists of a large trapezoidal capstone, which is supported by stone packages lying at a low height above the ground.

The first dolmen discovered in Vallespir was the Caixa von Rotllan in the neighbouring village of Arles-sur-Tech. In 1837, Marie-Luise Renard de Saint-Malo (1812–1882) designated it as a “Druid Monument”. In 1958, Pierre Ponsich (1912–1999) and Jean Abélanet discovered a new dolmen in Montbolo. From that date, the list of Vallespir was expanded to include six dolmens, including in 2011 the last Castelló dolmen. The Vallespir does not seem to attract researchers as much as the Conflent or the Cerdagne.