Germany
Dobberworth, also called Dubberworth, is one of the largest barrows in northern Germany and is located on the southern edge of the village of Sagard on Rügen.
Want to visit
Undo
0
Been here
Undo
1 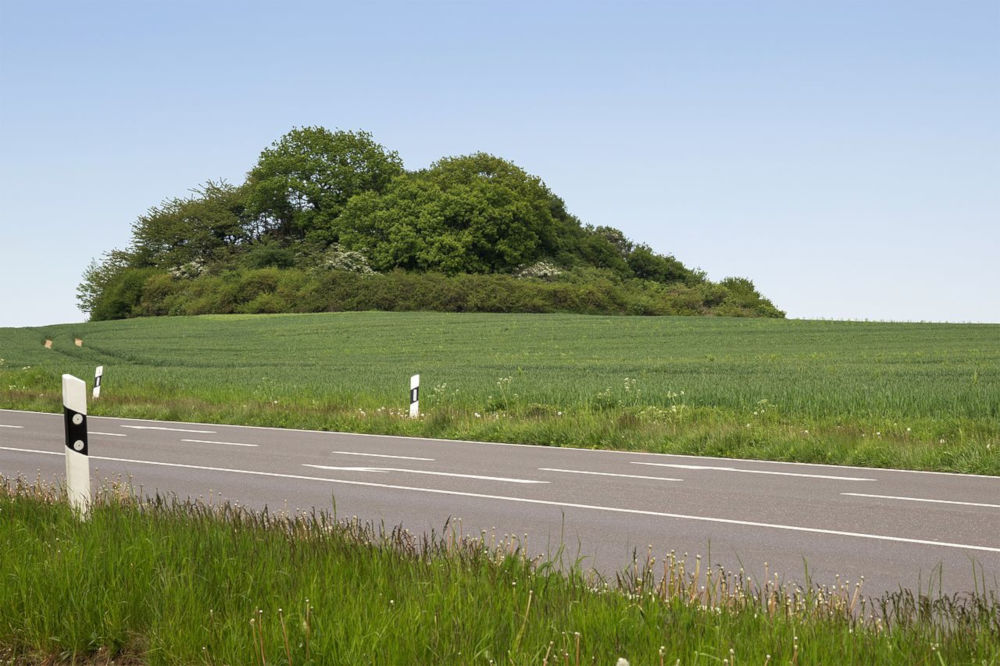 Dobberworth, also called Dubberworth, is one of the largest barrows in northern Germany and is located on the southern edge of the village of Sagard on Rügen. The burial mound is Rügen's largest burial mound with a height of 15 m and an estimated volume of 22,000 m³, a circumference of 150 m and a diameter of 40 m. Its time of origin is unknown, but it is generally believed that it dates back to the Bronze Age. The origin of the name is also uncertain, the name component -worth could come from 'Worte' or 'Wurt' and denote an elevated position.

According to legend, Dobberworth was built by a giant who wanted to fill in the ford between the Great and the Little Jasmunder Bodden and lost the earth he had brought with him along the way. One version of this legend ascribes this to a giantess, whose love for the Prince of Rügen was not returned and who, furious, went to him to seek revenge. Another version attributes the Dobberworth to the giant Sharmak, who wanted to visit his girlfriend. Another legend is about underground people who live in Dobberworth and keep treasures there.