Germany
The Dobersdorf dolmen ( is located southwest of the Dobersdorfer See, in the Plön district in Schleswig-Holstein, Germany.
Want to visit
Undo
0
Been here
Undo
0 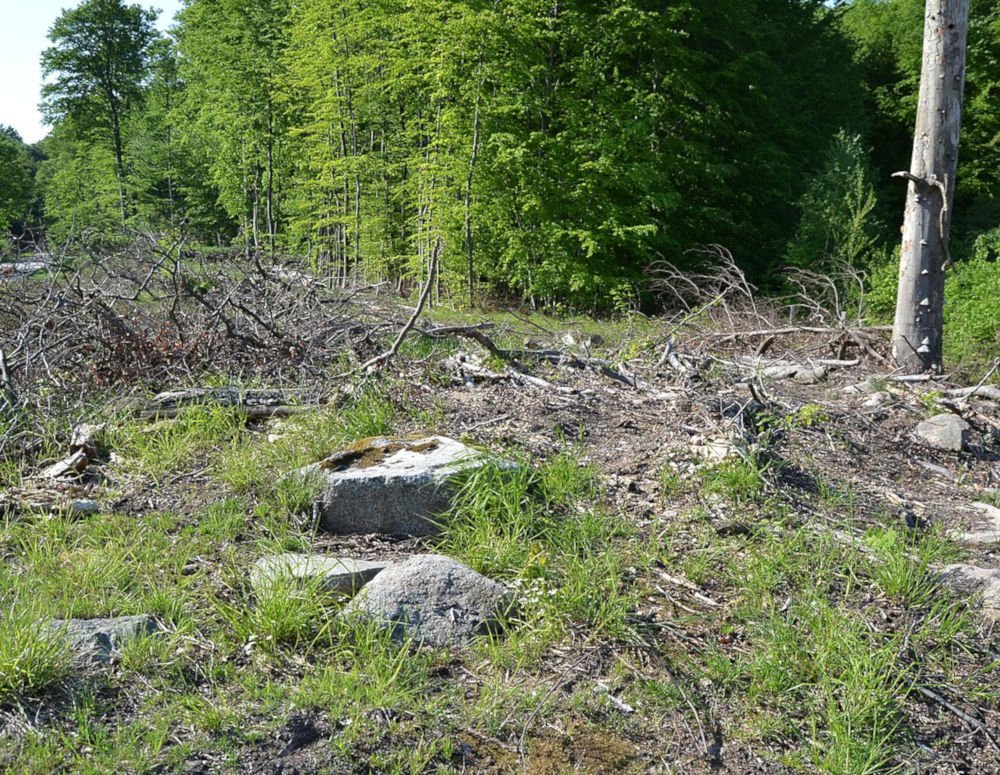 The Dobersdorf dolmen ( is located southwest of the Dobersdorfer See, in the Plön district in Schleswig-Holstein, Germany.

The megalithic system of the funnel beaker culture with the Sprockhoff no. 183 was created between 3500 and 2800 BCE. The large stone grave still has its huge bed of about 19 × 5.5 m, which can be easily recognized from the remaining, but mostly tilted, about 70% of the border stones. The chamber of the "Parallelliegers" (an ancient dolmen aligned with the giant bed) is relatively small at 1.8 × 0.5 m. E. Sprockhoff found two bearing stones on each of the long sides and one on the narrow sides. A capstone lies next to the chamber, the second, which apparently served as an entrance, has disappeared. A stone axe was found in the chamber during an excavation in 1951.