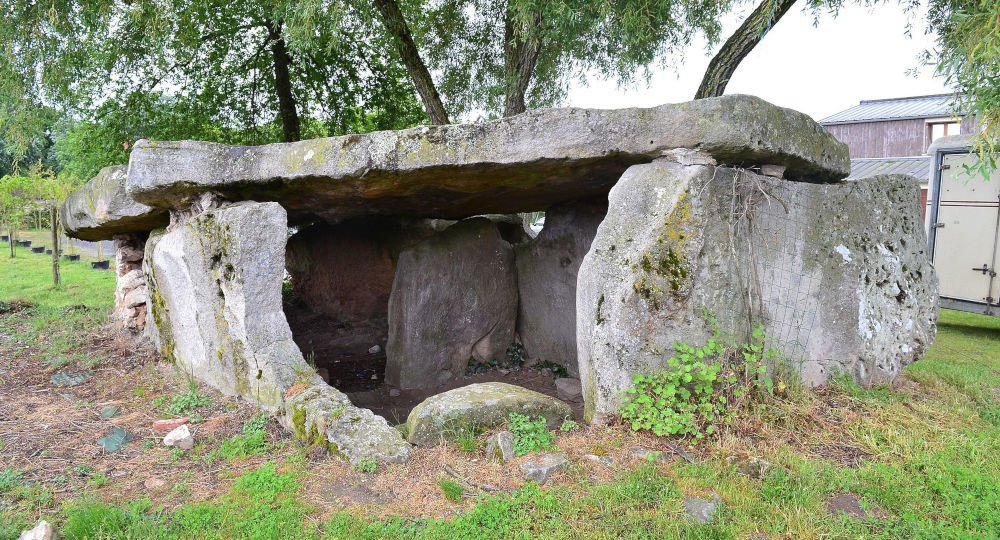 The Dolmen du Bois du Feu (also called Petite Pierre Couverte) is located near the “Voie Romaine” road in the Bois-du-feu in St-Hilaire-St-Florent near Saumur in the Maine-et-Loire department in France.

The large monument, long used as a house, was supplemented by rough masonry after its early damage. From the beginning, the chamber was divided with a partition. At the edge of the partition wall, there is a vertical grooving groove. Each chamber is covered with its own ceiling tile. The dolmen was originally an Angevin dolmen with portico, which is common in central-western France, often divided and covered with a tumulus, with a straight facade in front and a rounded one in the back.