Germany
The Dolmen of Brüssow-Hammelstall is made of granite boulders, and is located on the Hammelstaller Berg, Germany.
Want to visit
Undo
0
Been here
Undo
0 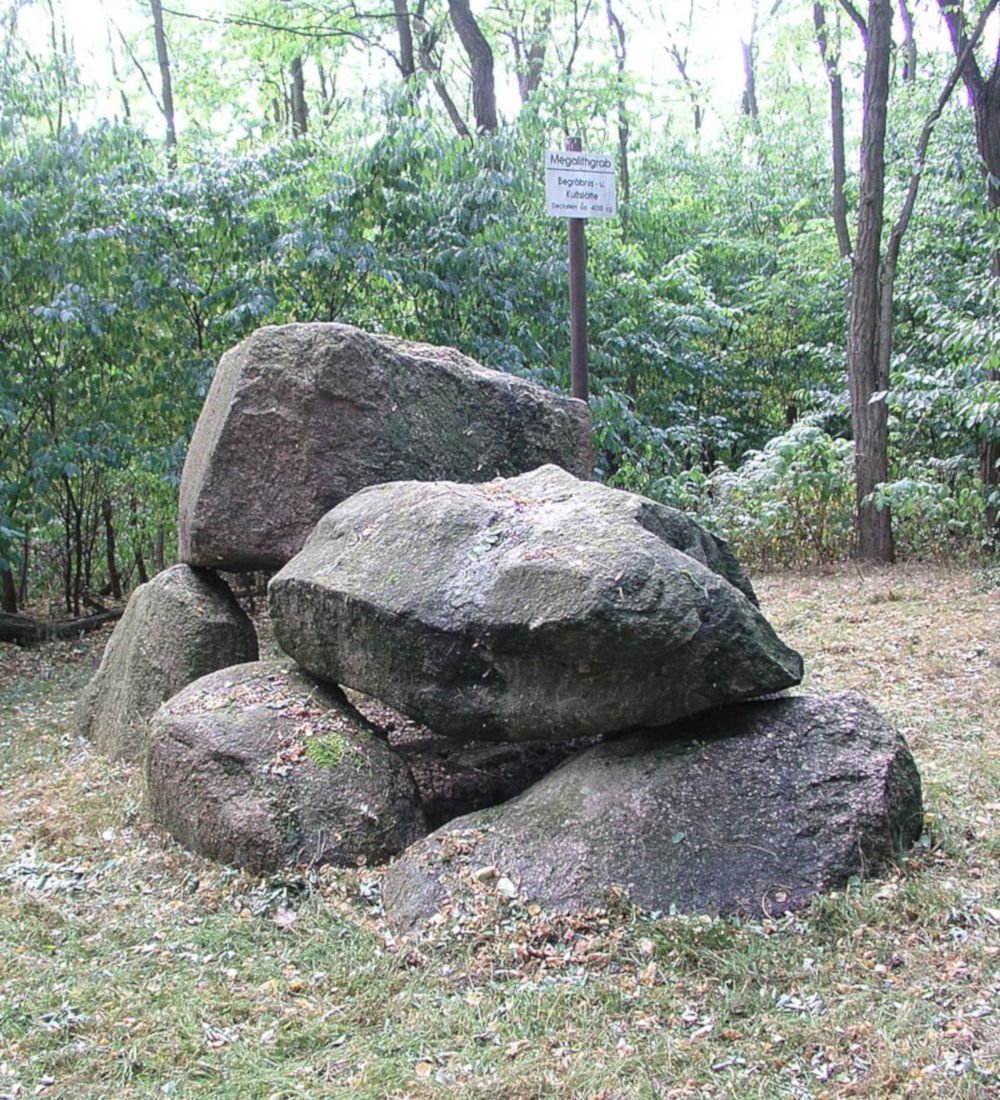 The Dolmen of Brüssow-Hammelstall is made of granite boulders, and is located on the Hammelstaller Berg, Germany. The megalithic system of the funnel beaker culture is surrounded by a low round hill.

The Dolmen of Brüssow-Hammelstall  is the easternmost German facility of this type, first mentioned in 1845, was already disrupted in the 19th century. Only a few vessel fragments from the Funnel Beaker Culture were preserved. Around 1900 the dolmen was reconstructed at the instigation of the Uckermark Museum and History Association.