France
The dolmens of Mané-Braz are located on a large oval hill, a few hundred meters from the "Chemin des Megalithes" - "Street of the Megaliths" near Erdeven in Brittany, France.
Want to visit
Undo
0
Been here
Undo
0 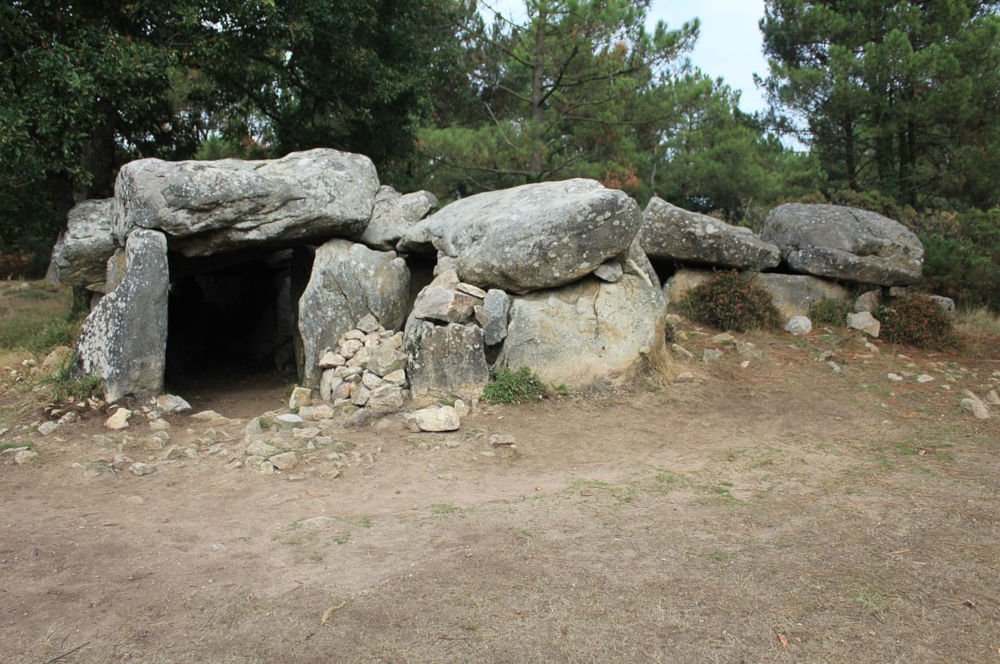 The dolmens of Mané-Braz are located on a large oval hill, a few hundred meters from the "Chemin des Megalithes" - "Street of the Megaliths" near Erdeven in the department Morbihan in Brittany in France. This megalithic site has been recognized as a monument historique since 1923.

The site, oriented to a southeast direction, is a dolmen with side chambers (French: dolmen à chambre laterale), similar to Mané Groh. The main corridor is about seven meters long (originally probably longer) and at the end has a total of four 2.0 by 1.5 m side chambers on both sides. Except for one, all eight cover stones and bearing stones are present. The entrance is slightly lower than the rest of the dolmen.

About 15 m further lies the passage grave (French: dolmen à couloir) with a trapezoidal chamber of 3.0 × 2.5 meters and a small side chamber, which is almost completely covered by a cover plate, only at the transition to the approximately five-meter long passage there is a second ceiling plate. The corridor tapers towards the entrance.

Next to the dolmen, at the top of the hill, there are the smaller dolmens with almost no capstones, which have been preserved in the form of about 4.5 and 6.0 m long curved bearing stone corridors. While the roughly oval chamber can be seen in one system, the other system still has a pair of capstones resting on an area which, because of its low height, must belong to the corridor. A chamber-like shape is not preserved.

There are several stones and the menhir of Mané Braz in the vicinity.