France
The Gallardet Dolmen (also known as Dolmen du Pouget) is located in the Hérault department in southern France.
Want to visit
Undo
0
Been here
Undo
0 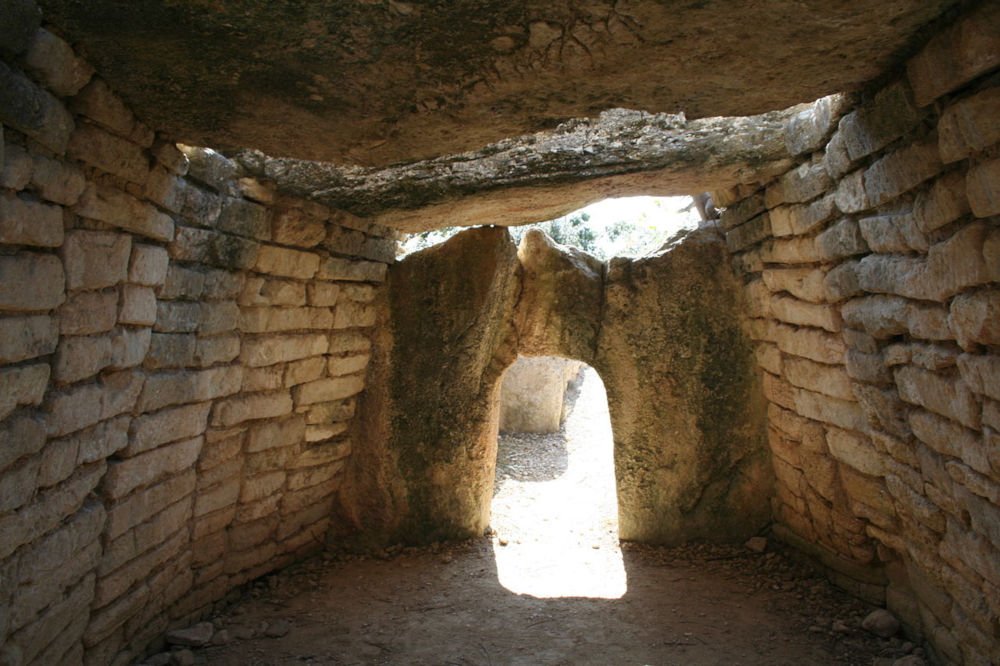 The Gallardet Dolmen (also known as Dolmen du Pouget) is located east of the Hérault River, one kilometre from the village of Le Pouget in the Hérault department in southern France.


The restored corridor is one of the largest dolmens in the Languedoc-Roussillon region and is located in a long hill. The open corridor made of megaliths and the small-sized stones are around 12 m long and consist largely of dry stone masonry (French Pierre sèche). The entry and end stones of the chamber and the capstones, one of which is missing from four, are megalithic. The cracked access stone to the long and narrow chamber has a nicely rounded, pecked out "kennel hole" (a so-called cat flap), as some facilities (e.g. Sardinian giant tombs) in the Mediterranean area, but also facilities in Thrace and Russia have. The neatly laid dry stone walls of the two-meter-high chamber made of prefabricated panel material protrude slightly so that the cross-section tapers towards the top. This shape seems to be influenced by the caves of the Arles-Fontvieille group, such as the Grotte de la Source, which are, however, much higher. The facility was used in Roman times.