France
The Gavrinis passage tomb is one of the most important megalithic monuments in Europe.
Want to visit
Undo
0
Been here
Undo
0 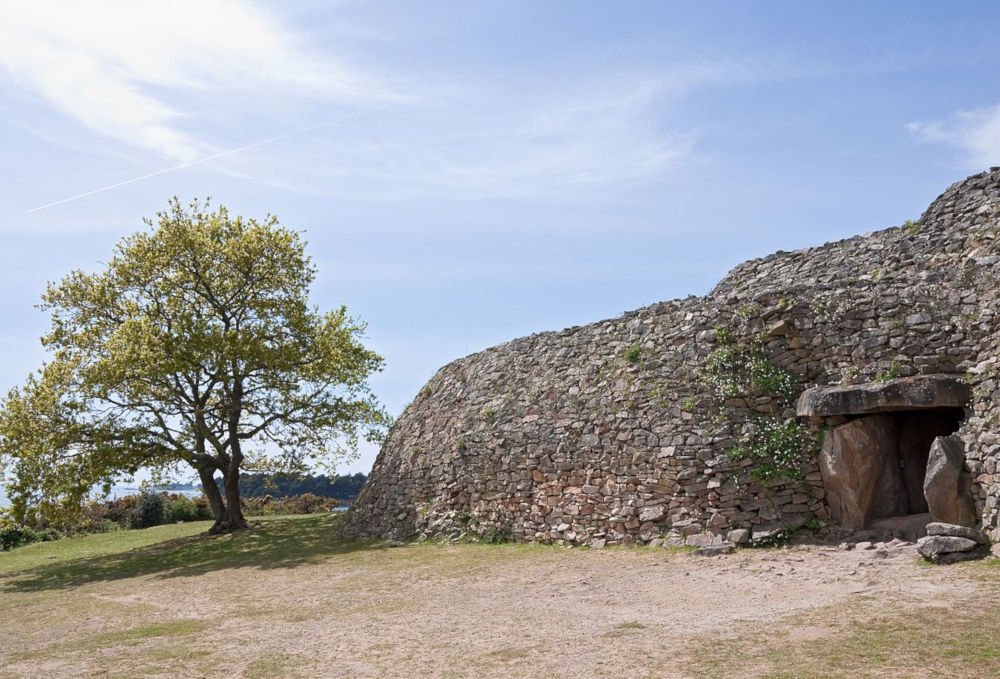 The Neolithic building was declared a Monument historique in 1901.

The uninhabited island lies between Locmariaquer and Larmor-Baden. At the time of the construction of the passage tomb and the circular Cairns, the post-glacial sea level was about five meters lower, so that Gavrinis - as well as the nearby island of Er Lannic with its stone circles - was connected to the mainland.

Gavrinis is developed for tourism; Boats take small groups of visitors from Larmor-Baden to the island. According to the latest studies, the age of the Gavrinis complex is about 6000 to 6200 years; Dolmen and Cairn are likely to have been built in close temporal connection with the other important buildings on the Gulf of Morbihan (Table des Marchand, Mané Lud, Mané Rutual), all of which were built using large fragments of destroyed great menhirs. At some point the - originally open - access to the structure was buried, later also covered by dune sand and grass. Parts of the quarry stone cairn were removed by human hands so that when it was 'rediscovered' in 1832 it looked like a small volcanic crater; At that time the corridor could be entered from above, but it was partially blocked by sand and small stones. In contrast to the Table des Marchand, however, large parts of the structure and the entire corridor area including the Trilith portal were preserved, so that stone mounds and dolmens could be restored and made accessible to the public in the early 1980s.