Sweden
The Glösa petroglyphs are located near the village of Glösa, in the province of Jämtland in northern Sweden.
Want to visit
Undo
0
Been here
Undo
0 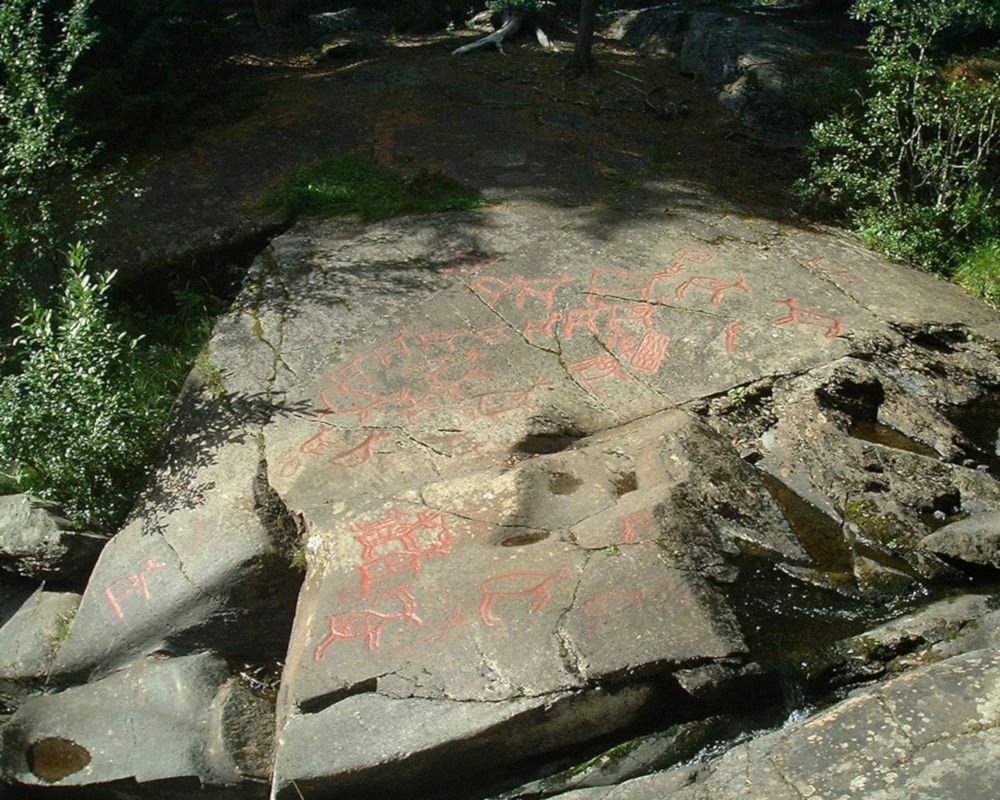 On the banks of the creek, 45 deer or deer and a few net patterns have been carved on the surface of the open rock. Many deer patterns have lines drawn inside the body and possibly parts of the body. The patterns are washed away by flood water for part of the year, but in summer they are dry. Archaeologists have estimated, based on the style of the images, that they were made at the turn of the Stone and Bronze Ages. Pictures and Stone Age life are presented at the nearby open-air museum Glösa Älgriket.