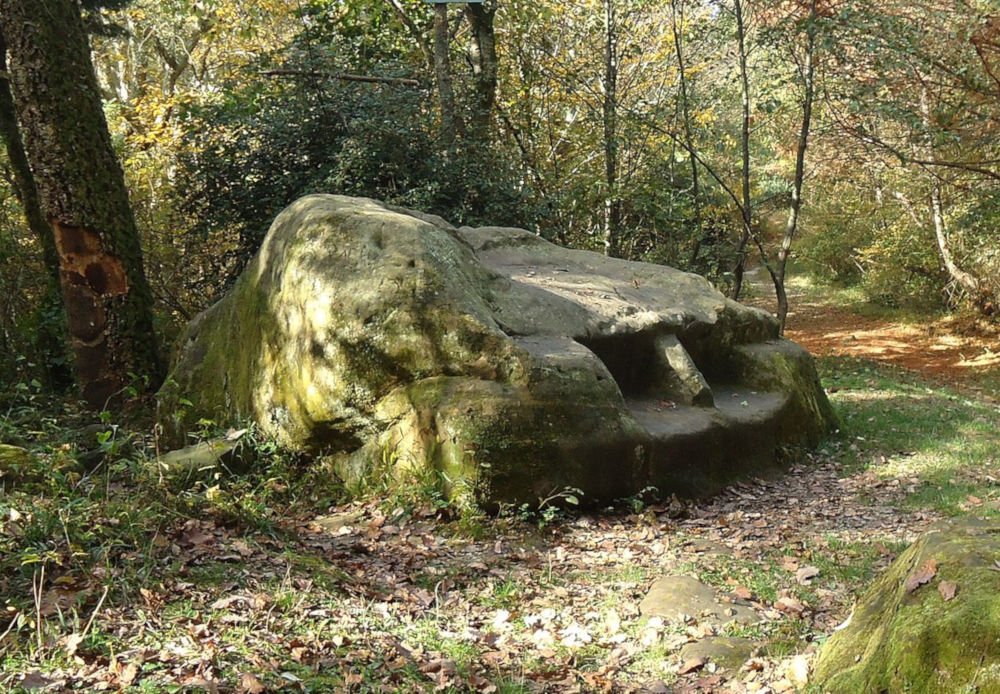 The Kudepstinsky cult stone (also the Circassian stone) is a megalithic monument located near the Kudepstinsky district, Sochi, Russia. The stone is located not far from the residential buildings of Kudepsta, a fifteen-minute walk from the former boarding school.

The stone is a block of sandstone that has cracked almost diagonally. In plan view, the block has a quadrangular shape with a size of 4.6x4.4 meters. The stone is asymmetrical in height: the south side is 1.6 meters high and the northern one about 1 m. Only the eastern half of the stone has been incorporated. There are two embossed recesses that resemble chairs, separated by a sort of "armrest". The width of the seats is 75 cm, the depth is 45 cm. The seats are oriented in an azimuth of 60 degrees, presumably at the point of sunrise on the days of the winter solstice. Behind the seats is a platform that slopes down to the seats. The site is 1.95 m long and 0.9 m wide. The site is enclosed on three sides with a 15 cm high "side". Holes of various shapes have been found on the stone itself and on stones around it.

There is no consensus among archaeologists as to when the monument was erected. Many tend to consider the Kudepstin stone as belonging to the dolmen culture of the Western Caucasus. In the late 1960s, the monument was examined by the Abkhaz historian, ethnographer and literary critic Sh. D. Inal-Ipa and the artist and amateur local historian VS Orelkin, who also conducted excavations around the stone. Excavations have shown that in front of the stone there is a pavement of flat stones and a round stone on which fire has been made for a long time. Inal-Ipa believed the stone to be medieval. Other authors attributed it to the megalithic age by its appearance. The latter is more likely since the Circassian people did not make holes in the stones, at least there is no information about this, while there are many on the stone.