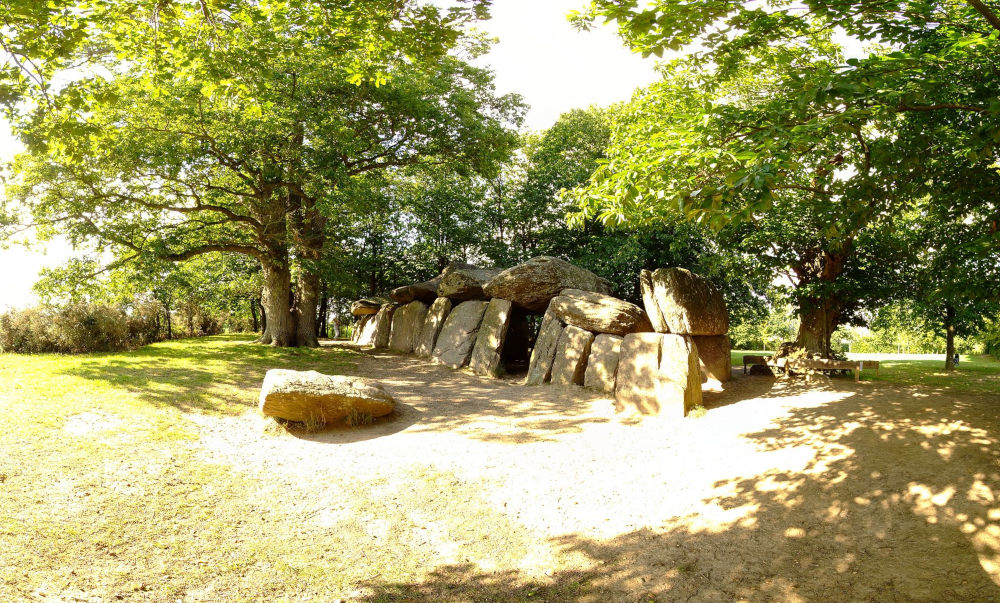 La Roche-aux-Fées is a dolmen (allée couverte, portal grave) in France. It is located in the commune of Essé between Vitré and Châteaubriant in Brittany. The structure is shown on the Cassini map and is on the monument historique list.

La Roche-aux-Fées is a rectangular above-ground dolmen. Numerous dolmens of this type have been established in the department of Maine-et-Loire. The megalithic structures often consist of large slabs of limestone. Based on found ceramics, they are dated to 3500-3000 BCE.

La Roche-aux-Fées is located on a hill in a forest with chestnuts and oaks. There are 26 supporting stones with 8 capstones (weighing between 20 and 45 tons each). The structure is 19.5 meters long and is oriented from the north-northwest to the south-southeast, and it is oriented towards sunrise during the winter solstice. Originally, the structure was covered by a burial mound. This was excavated in Roman times.

Fairies play a role in the construction. They would have transported the stones. They lost one stone on their way to the building, this is the menhir of Runfort.

There is a superstition surrounding the stones, the number of which would vary continuously. If a couple walks around the structure separately and each has the same number of bricks, they will stay together. The one who will destroy the hunebed will die in a year.