Denmark
The Langdysse in Avnede Skov (langdysse meaning long dolmen) is located in a small forest southwest of Store Avnede, on the island of Lolland in Denmark.
Want to visit
Undo
0
Been here
Undo
0 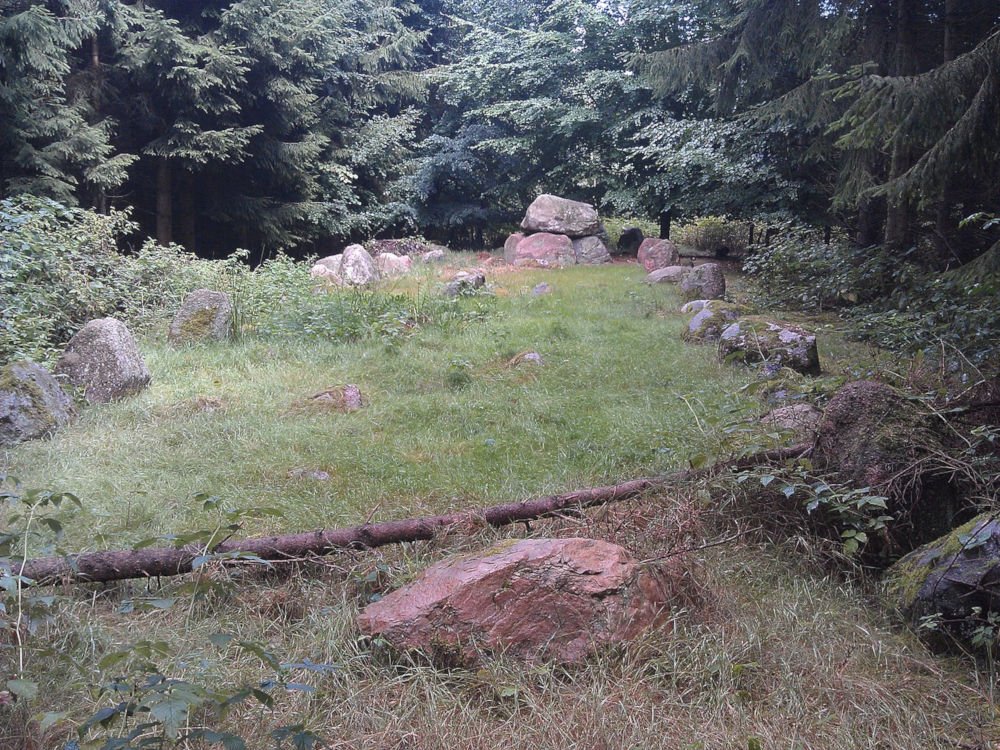 The Langdysse in Avnede Skov (langdysse meaning long dolmen) is located in a small forest southwest of Store Avnede, east of Nakskov on the island of Lolland in Denmark.

It dates from the Neolithic Age around 3500 to 2800 BCE. And is a megalithic site constructed by the Funnel Beaker culture.

The approximately north-west-south-east oriented 35 × 6 m large barren bed of the Langdysse has 62 preserved, occasionally tilted, curb stones. In addition to the preserved approximately 1.75 × 1.0 m measuring chamber of an ancient dolmen, consisting of three supporting stones and a capstone, as a parallel lier, about 11 m from the end, there are two further places with large stones that point to the open chambers. The Nakskov Ladegaard long dyssey and the Østensminde megalithic complex are nearby.