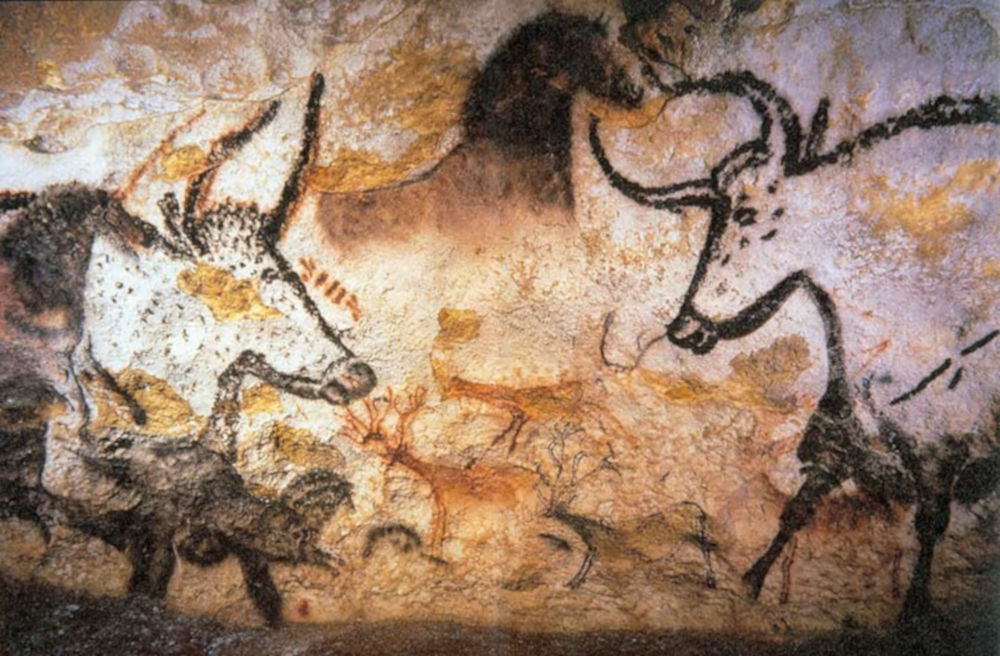 The Lascaux caves are located in the Vézère valley on the territory of the municipality of Montignac in the Dordogne department (Nouvelle-Aquitaine region). In 1940, a large number of rock murals were discovered in a cave. Experts date the oldest rock paintings from the Lascaux Cave to 15,000 BCE, the youngest to 10,000 BCE. It is the most richly painted prehistoric cave discovered so far.

The 'Lascaux Cave' passes for the 'Sistine Chapel of Paleolithic Art' and was declared a UNESCO World Heritage Site in 1979 as part of the Prehistoric sites and painted caves in the Vézère Valley.