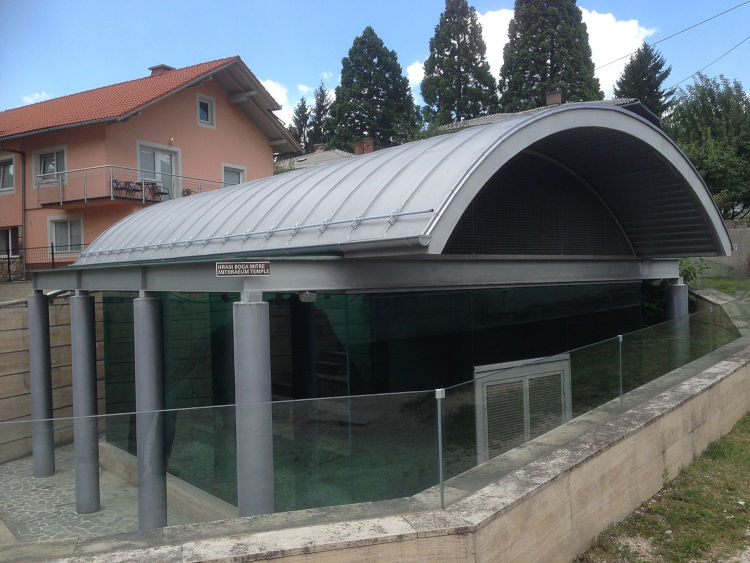 The Mithraeum is a world heritage temple and one of the oldest monuments in Bosnia and Herzegovina. This temple is dedicated to the sun god, Mithras.

The cult of Mithras was widespread throughout the provinces of the Roman Empire, including the province of Dalmatia.

During the archaeological excavations of the Mithraeum temple, a silver brooch with a curved foot and 16 coins was found. These objects provide proof that the temple was built in the early 4th century CE.