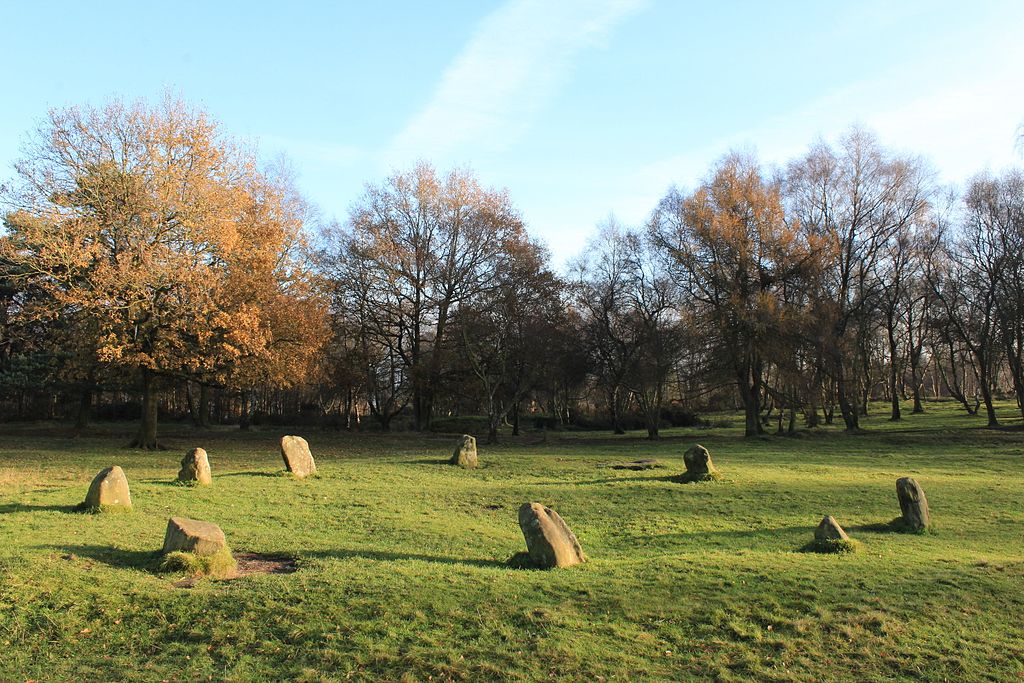 Nine Ladies is a Bronze Age stone circle located on Stanton Moor, Derbyshire, England. There are nine upright stones, each of local millstone grit, each less than a metre high, in a clearing in a modern wood planted on Stanton Moor.

They sit in a rough circle with a gap at the south side of the circle where no stone-hole has been found. However, an additional stone, lying flat rather than upright, was discovered after being exposed as a crop mark in the dry weather of 1976. It is now visible.

The circle is built on an embankment which levelled the local terrain. The small "King Stone" lies forty metres from the circle to the west-south-west and is clearly visible from it.