Bulgaria
Perperikon is an ancient Thracian holy city, located 470 metres above a rocky hill in the eastern part of the Rhodope Mountains, Bulgaria.
Want to visit
Undo
2
Been here
Undo
0 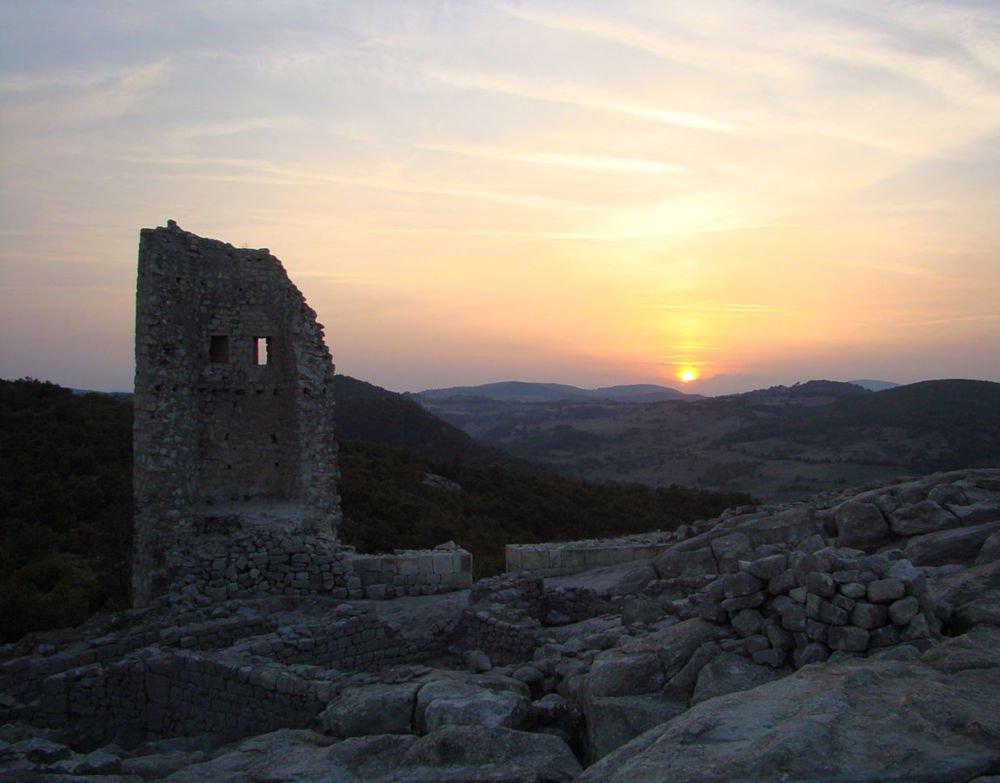 Perperikon is an ancient Thracian holy city, located 470 metres above a rocky hill in the eastern part of the Rhodope Mountains, 15 km northeast of the present-day city of Kardzhali in Bulgaria. The village of Gorna Krepost ("mountain fortress") is located at the foot of the hill on the gold-bearing Perpereshka River. Perperikon is the largest megalithic structure in the Balkans.

Perperikon is believed to have been the famous sanctuary and oracle site dedicated to Dionysos of the Bessi.

According to archaeologists, only 10% of the complex has been uncovered.

Human presence in the area dates back to the 6th millennium BCE, the period of the Neolithic Karanovo culture. There are no signs of habitation from that time, it seems to have been a purely religious centre. The finds multiply during the Copper and Bronze Ages. Found pottery and the impressive altar of 2m in diameter, carved out of the rock, date back to the Iron Age. There are indications that Perperikon was also home to the Thracian oracle, which foretold the victory of Alexander the Great. The archaeological finds show a prominent role for Perperikon in the Thracian civilization.

Archaeologists have shown that in Roman times there must have been a palace of several stories on-site and that the hill was surrounded by a fortification with walls up to 2.80 metres thick. Temples and community buildings were also located in this fortification.

The megalithic complex has fallen into disrepair and rebuilt many times throughout its history.