Germany
The Pfahlbaumuseum Unteruhldingen is an archaeological open-air museum on the Bodensee which presents archaeological finds and replicas of stilt house villages from the Stone and Bronze Age.
Want to visit
Undo
0
Been here
Undo
1 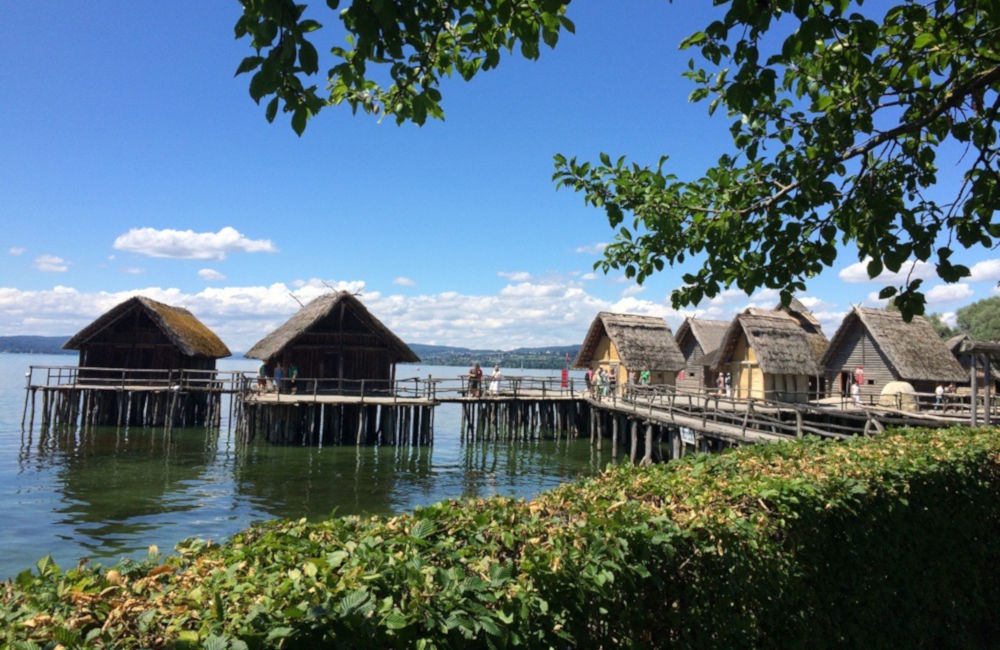 The Pfahlbaumuseum Unteruhldingen (stilt house museum) is an archaeological open-air museum on the Bodensee with an attached museum building in the municipality of Uhldingen-Mühlhofen in the district of Baden-Württemberg, which presents archaeological finds and replicas of stilt house villages from the Stone and Bronze Age. It currently has 23 stilt houses. A scientific research institute is connected to the museum. With up to 300,000 visitors a year, including more than 100,000 students, it is one of the largest and most visited open-air museums in Europe. The museum first opened in 1922. In June 2011, the remains of numerous historical pile dwellings, including the Unteruhldingen-Stollenwiesen stilt house construction site about 500 meters south of the museum, were included in the list of UNESCO World Heritage Sites.

The museum comprises two main buildings, the so-called Altes Museum and the Neues Museum. In the Altes Museum, the historical exhibition space, more than 1000 original finds from the settlements on the Bodensee are shown as part of an exhibition on the world heritage dwellings around the Alps. The Universum Film AG (UFA) already made the film Nature and Love with Stone Age actors in the backdrop of the pile building museum in 1927/28. This was preceded by the documentary film Pfahlbauten in Unteruhldingen from 1926/27.