France
The Pierre Levée dolmen (also called Haute Barde) is located west of Beaumont-la-Ronce, north of Tours in the Touraine in the Indre-et-Loire department in France.
Want to visit
Undo
0
Been here
Undo
0 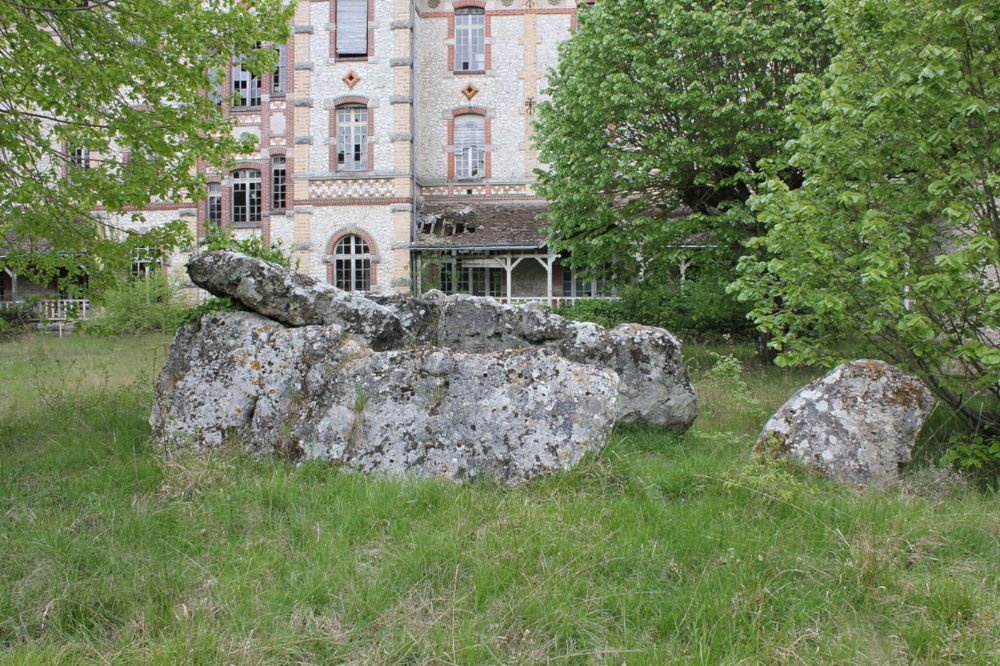 The Pierre Levée dolmen (also called Haute Barde) is located west of Beaumont-la-Ronce, north of Tours in the Touraine in the Indre-et-Loire department in France.

Located on a low hill, the dolmen is about a kilometre from the menhir of Pont-Champion on the north side of the D 766 road. The dolmen is in the courtyard of the old Bretonneau hospital in Tours. The large U-shaped building was built in 1906 and is now abandoned.

The rectangular dolmen made of limestone, sandstone and puddingstone is about 6 meters long and consists of four bearing stones and a damaged capstone. Next to it, an isolated stone indicates that other stones have disappeared. The dolmen is half-ruined, part of its capstone has broken off, and the hold is based on a device made of small bricks erected to prevent it from collapsing. Its slightly inclined capstone has a width of about 2.1 meters and a length of 1.80 meters. The northern and southern bearing stones, which are oversized compared to the capstone, are around 3.6 meters long, with an average height of 1.4 meters. The other two stones are smaller. The entrance to the dolmen faces southeast. The dolmen was classified as a Monument Historique in 1887.