France
The Roman Temple in Riez, a French commune in the Alpes-de-Haute-Provence department, was built in the 1st century.
Want to visit
Undo
0
Been here
Undo
0 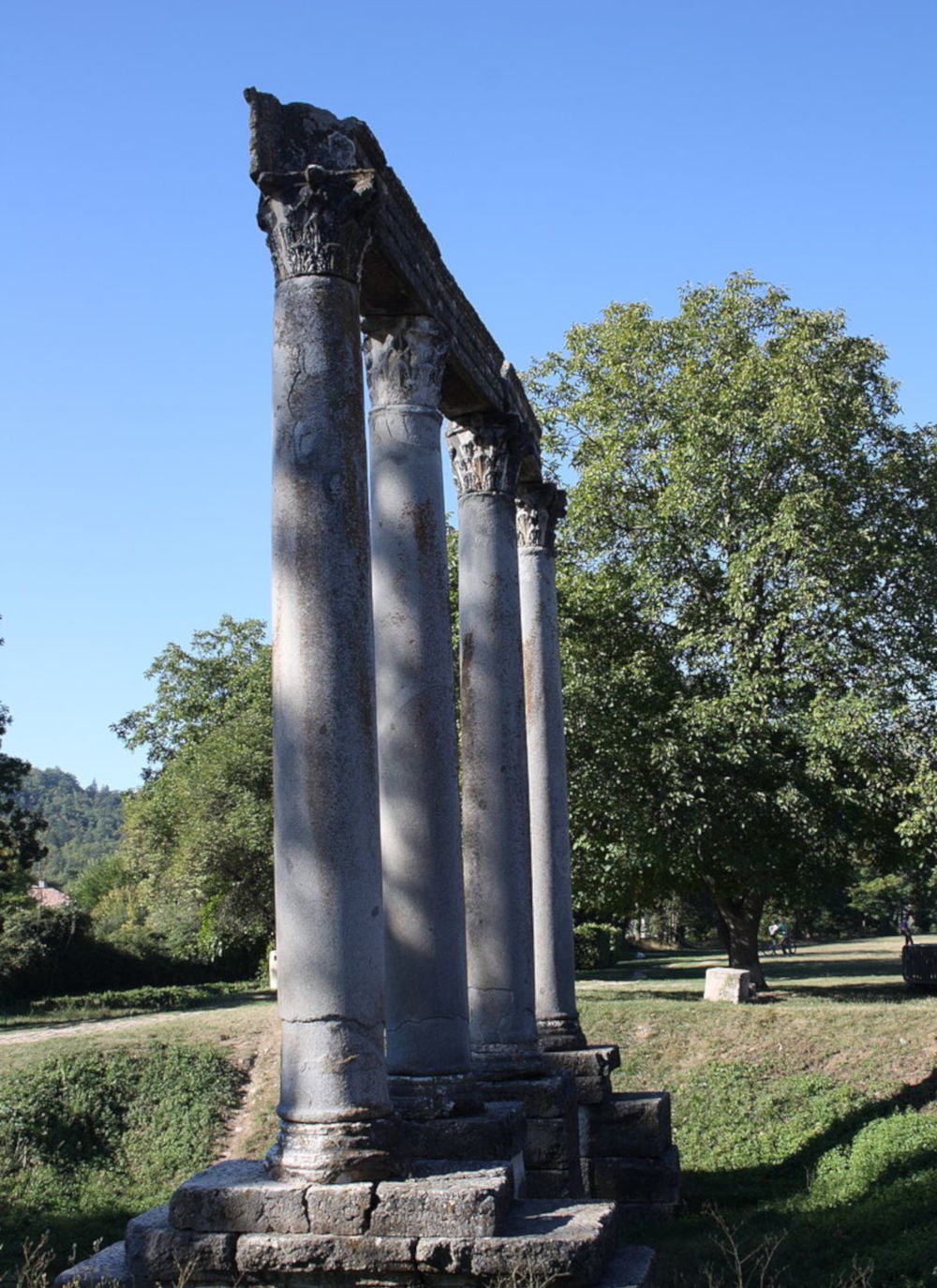 The Roman Temple in Riez, a French commune in the Alpes-de-Haute-Provence department in the Provence-Alpes-Côte d’Azur region, was built in the 1st century. The temple has been a protected architectural monument since 1840.

The Roman temple, which is now on the western outskirts of Riez, once stood in the centre of the Roman city of Colonia Julia Augusta Apollinarium Reiorum.

The remains of the former podium temple consist of four individual foundations that support large columns. The monolithic column shafts made of granite rest on Attic bases and are crowned by Corinthian capitals. Bases and capitals are made of white marble. An architrave divided into three fascias, the bands of which are each terminated by a pearl rod at the upper end, spans the four columns. The corners of the architrave are mitred to ensure the connection of the lateral architraves. The temple was therefore a four-pillar prostylus.