Germany
The Sieben steinhäuser, also called Siebensteinhäuser, are a group of five large dolmens on the Lüneburg Heath in Lower Saxony, Germany.
Want to visit
Undo
0
Been here
Undo
0 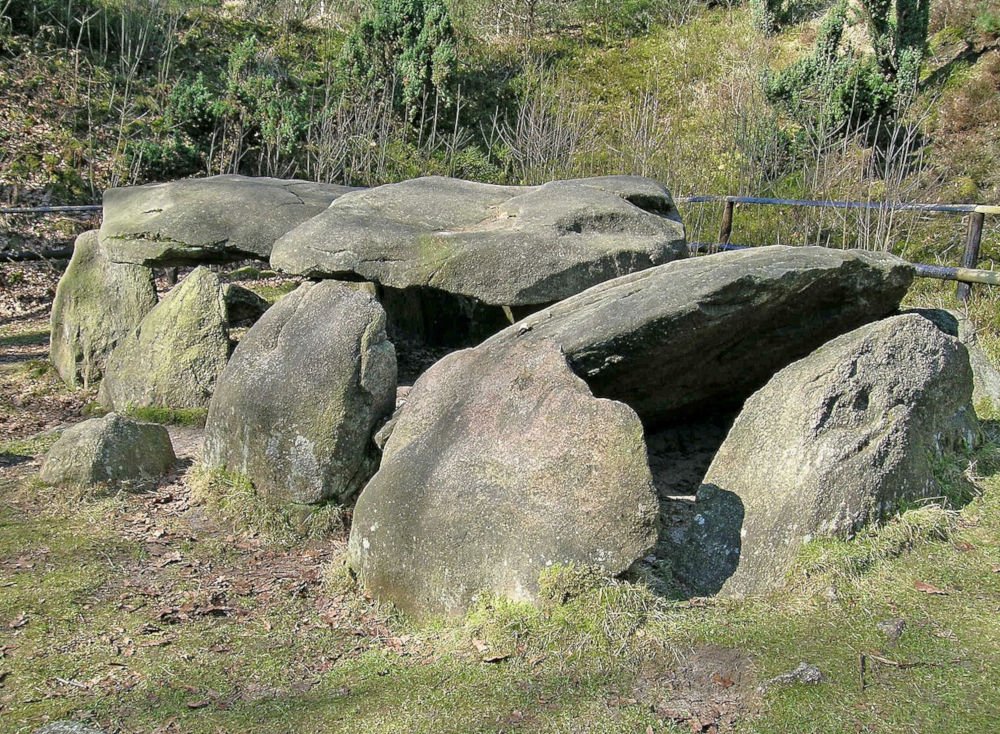 The Sieben steinhäuser, also called Siebensteinhäuser, are a group of five large dolmens on the NATO military training area Bergen-Hohne in the Lüneburg Heath in Lower Saxony, Germany. They have the Sprockhoff numbers 806 to 810. The cultural monument placed under protection in 1823 is attributed to the end times of the funnel beaker culture (3500–2800 BCE).

The Sieben steinhäuser are located roughly in the middle of the Bergen military training area between Bad Fallingbostel in the northwest and Bergen in the east.

The large stone graves are between about 56 m above sea level and 67 m above sea level. The "Hohe Bach" flows past the group of graves in a north-south direction, which is a north-eastern tributary of the Meiße in the catchment area of ​​the Aller.

The only public access to the tombs begins at a post with a turnpike in Ostenholz, around four kilometres southeast of the Walsrode motorway triangle. The access road leads through 5.4 kilometres of the restricted area of ​​the military training area and is regularly cleared of remains of ammunition for visitors. Access is usually available on weekends and public holidays from 8:00 to 18:00, provided that there is no military exercise. Another possibility is during the “Volksradfahren” (people cycling) that takes place every autumn.