Russia
Tanais (ancient Greek Τάναϊς) was an ancient Greek city at the mouth of the river of the same name, which is currently known as the Don, on the coast of the Pontos Euxeinos (Black Sea).
Want to visit
Undo
0
Been here
Undo
0 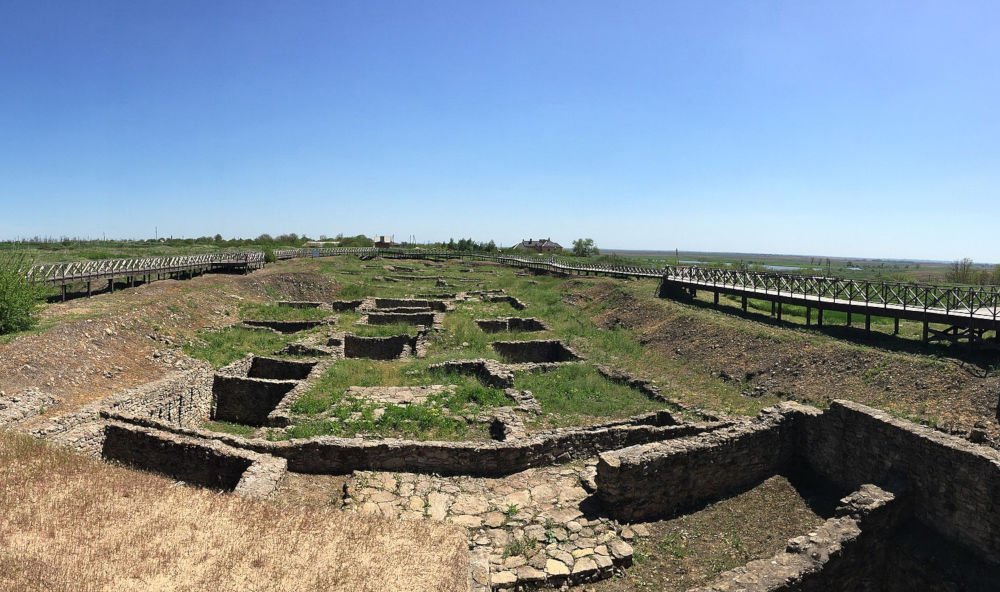 Tanais (ancient Greek Τάναϊς, Russian Танаис) was an ancient Greek city at the mouth of the river of the same name, which is currently known as the Don, on the coast of the Pontos Euxeinos (Black Sea). The remains are about 30 km west of Rostov-on-Don and about 20 km north of Azov.

An ancient Greek settlement existed early on. It was a Greek colonial city and the most northeastern advance of the ancient Greeks. Originally it was founded by settlers from Miletus. According to Strabon, it was originally a plateau in the Don river delta used by Asian nomads and Greek merchants alike. From here the merchants traded with the steppe areas further northeast. In a short time, a river and seaport city developed here.

The establishment of the Emporion Tanais may have fallen during the reign of the Bosporan king Peirisades II (284–250 BCE). However, the city was not a Bosporan colony, but a Greek one. The Bosporan Empire also had a colony near Elizavetovka in the Don Delta, which, however, was completely destroyed by the Sarmatians shortly after the founding of Tanais. Already around 50 years after it was founded, a polis was built above the port, which was protected by a 2.5 m wide wall. Since the beginning of the 1st century BC Tanais is likely to have been subject to the Pontic Kingdom. Around the turn of the millennium, probably in the year 8 BCE, Tanais was destroyed by Polemon I. In the following 100 years, only a small remaining population remained resident.