Temple of Athena Polia at Priene

Turkey
The temple of Athena Polia at Priene, the goddess that protects the city, was Priene's main temple and was located on a hill northwest of the Agora.
Want to visit
Undo
0
Been here
Undo
0 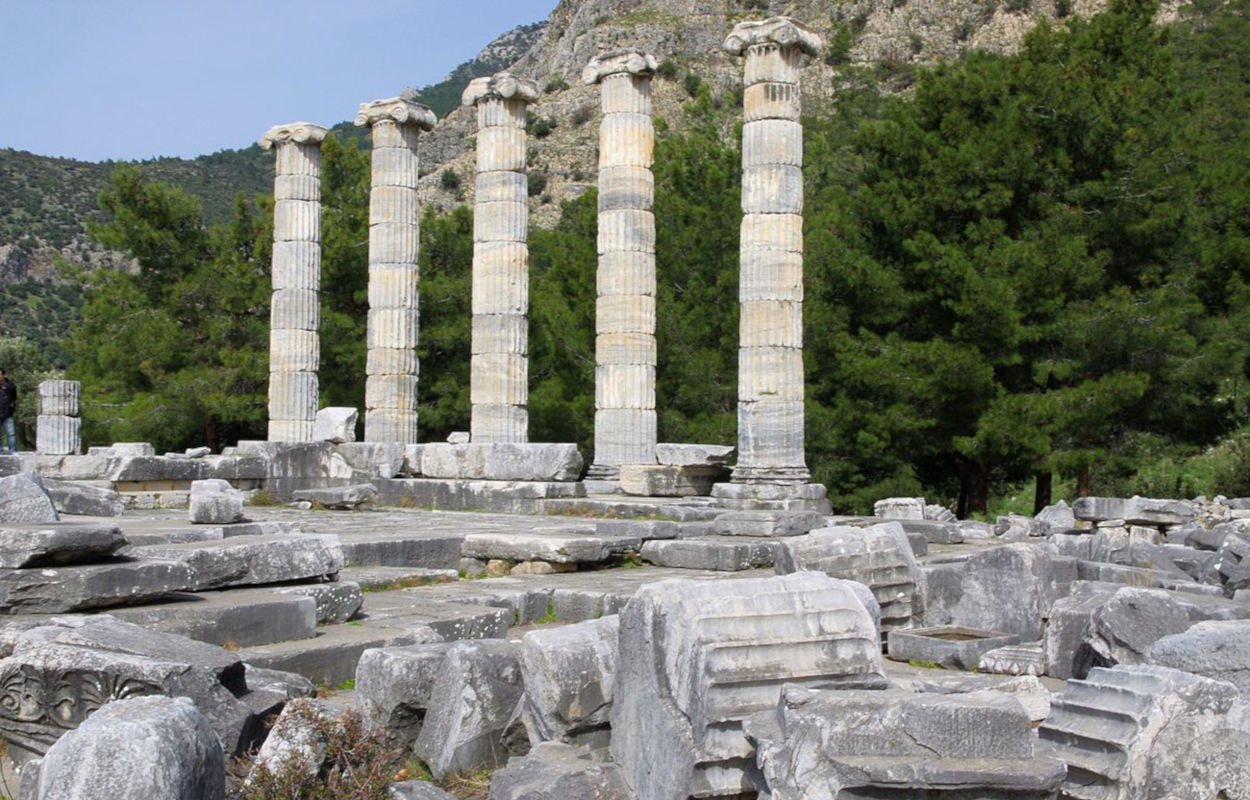 The temple of Athena Polia at Priene, the goddess that protects the city, was Priene's main temple and was located on a hill northwest of the Agora. It was under construction no later than the 330s BCE and was apparently not completed until the 200s BCE.

Alexander the Great made a large donation to the temple while in Priene and dedicated it to Athena Polia. The architect of the temple was Pytheos (or Pythios), who also designed the mausoleum of Halicarnassus. During Roman times, the temple was rededicated to Emperor Augustus.

The temple represented the Ionic style and is considered one of the best examples of the style. The peristalsis had 11 × 6 columns and in the temple were the typical pronaos, naos or cella and opisthodomos. The cult statue of Athena in Naos was created in the 100s BCE. The temple has largely retained its foundations. In addition, five of the pillars have been rebuilt.

The altar was traditionally located on the east side of the temple, about 12 meters away. It dates back to the 200's or 100's BCE. The size of the altar is approximately 13.2 x 7.1 meters. It was decorated with reliefs and on the sides may have had Ionic semicircular pilasters.