The Cave of Kapova

Russia
The cave of Kapova is known for its Palaeolithic rock carvings that are 18,000 years old.
Want to visit
Undo
0
Been here
Undo
0 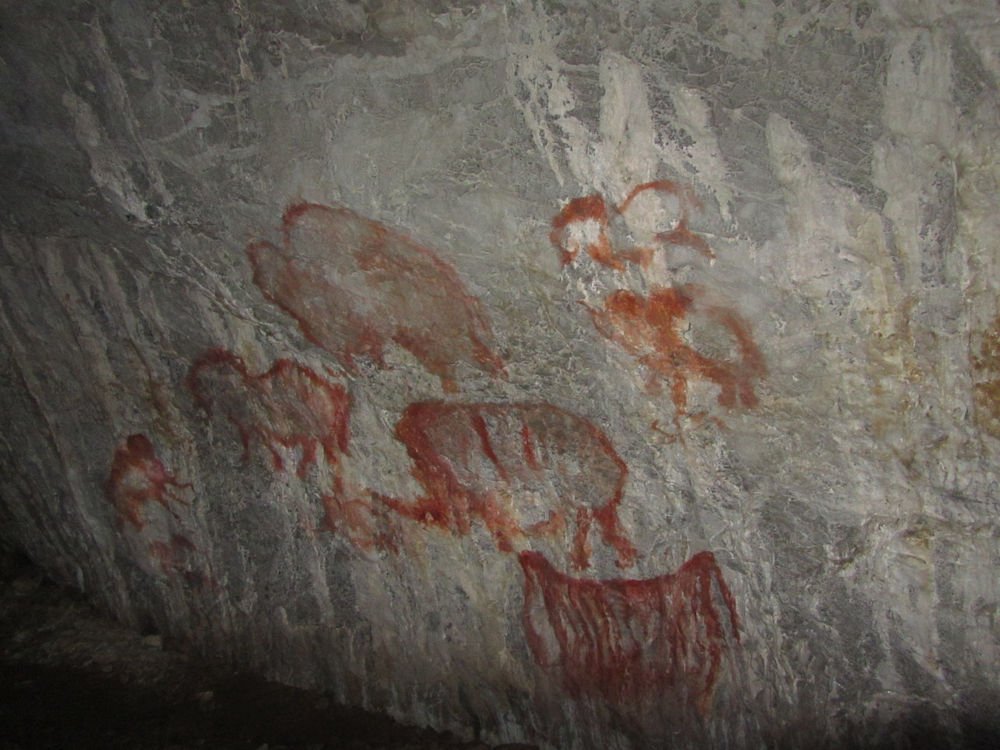 The Cave of Kapova (Russian: Капова пещера) is located in the north of the Shulgan-Tash Nature Reserve in Bashkortostan in the southern Urals, near the village of Kutanovo on the Belaya. The cave is known for its Palaeolithic rock carvings that are 18,000 years old.

Researchers have found 173 images or remnants of them. The drawings are usually made with ocher and natural pigments mixed with animal fat. Charcoal has been used in rare cases. The approximately 18,000-year-old images show mammoths, horses and other animals as well as anthropomorphic figures. In the upper and middle parts of the cave are also images of huts, triangles, ladders, and slanted lines.

The oldest images are at the top and were created after the appearance of early modern humans. In the lower level of the Kapova Cave, one can find later images dating to the end of the Ice Age. Their size varies between 44 and 112 centimetres.