The labyrinths on Bolshoi Zayatsky

Russia
On the Russian island of Bolshoy Zayatsky there are 14 labyrinths that are some 3000 years old.
Want to visit
Undo
0
Been here
Undo
0 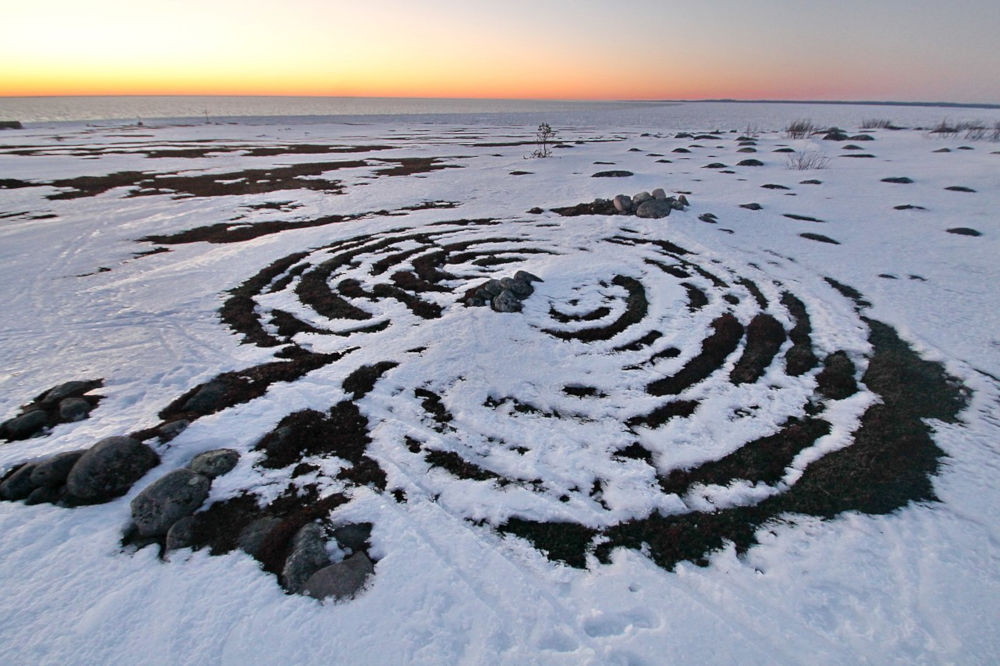 On the island of Bolshoi Zayatsky there is a group of 14 labyrinths. Bolshoi Zayatsky is one of the Solovetsky Islands in Arkhangelsk Oblast, in the far north of Russia. It is estimated that the labyrinths are 2500 to 3000 years old.

The exact function these labyrinths had thousands of years ago is unclear. It is theorized that they might have been used to guide people when they make their way through the otherworld (N. Vinogradov). Other scholars think they were places where festivals took place. However, most researchers agree that the labyrinths were objects of religious and ritual use.

Apart from the labyrinths, there are more than 850 heaps of boulders on Bolshoi Zayatsky Island, plus numerous other stone settings such as a stone symbol with radial spokes, possibly representing the sun. All the labyrinths are concentrated in an area of half a square kilometer on the western part of the island. Another enormous complex of stone settings on Sopka Hill, in the eastern part of the island, does not include any labyrinths.

Throughout the Solovetsky Islands, of which Bolshoi Zayatsky is a part, there are some 35 labyrinths, known as "vavilons" (Babylons) among the locals.