Denmark
The Abterp Langdysser (the long dolmens of Abterp) are situated on a low marshland northwest of the village Abterp in southern Jutland, Denmark.
Want to visit
Undo
0
Been here
Undo
0 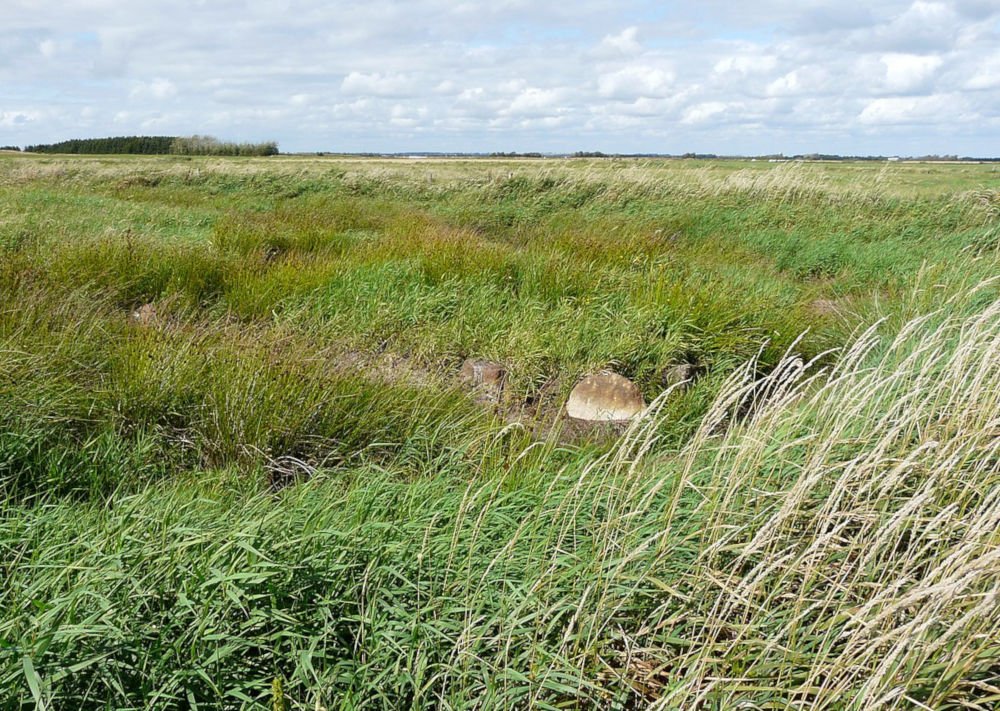 The Abterp Langdysser (the long dolmens of Abterp) are situated on a low marshland northwest of the village Abterp about 3.0 km northwest of Bredebro in the Tønder municipality in southern Jutland in Denmark.

The site was built between 3500 and 2800 BCE as a megalithic system of the Funnel Beaker Culture. Here, in 1962, two previously unknown long dolmen (Danish: Langdysse) from the Neolithic Age (around 2400 BCE) that were covered by peat and clay were examined. Large stones that were found in this otherwise stone-free area over the past centuries were used as posts or buried on site. When the meadow was lifted in connection with the straightening of the Brede river in the late 1950s, the stones were found. During the excavations it was shown that the stones belonged to two 4500-year-old long dolms of about 14.0 and 42.0 m in length.

The shorter megalithic bed contained a dolmen chamber, the long one three. The latter was originally also a short barren bed with only one dolmen, but was later extended towards both ends in connection with the construction of the new chambers. Though the dolmens have been disrupted by rock breakers in the past, finds have been made including two axes and a club head. When the long dolmen were erected, they lay on a sandy headland with a view of the Brede. Later the area was flooded by subsidence.

At some point in the Late Bronze Age, the formation of swamps started a process in which the two long dolms were overgrown or covered by clay and peat. The chamber and curb stones are only 0.25 to 0.5 m above sea level and more than 0.5 below the groundwater level, so that pumps were running throughout the excavation that pumped out around 40 million liters of water. The burial mounds were not originally built in such a low place. The current situation is the result of the subsidence that has occurred in this region since the Neolithic Age, up to now 4–6 meters, and is still continuing at around 1 mm per year. Added to this is the rise in sea levels.