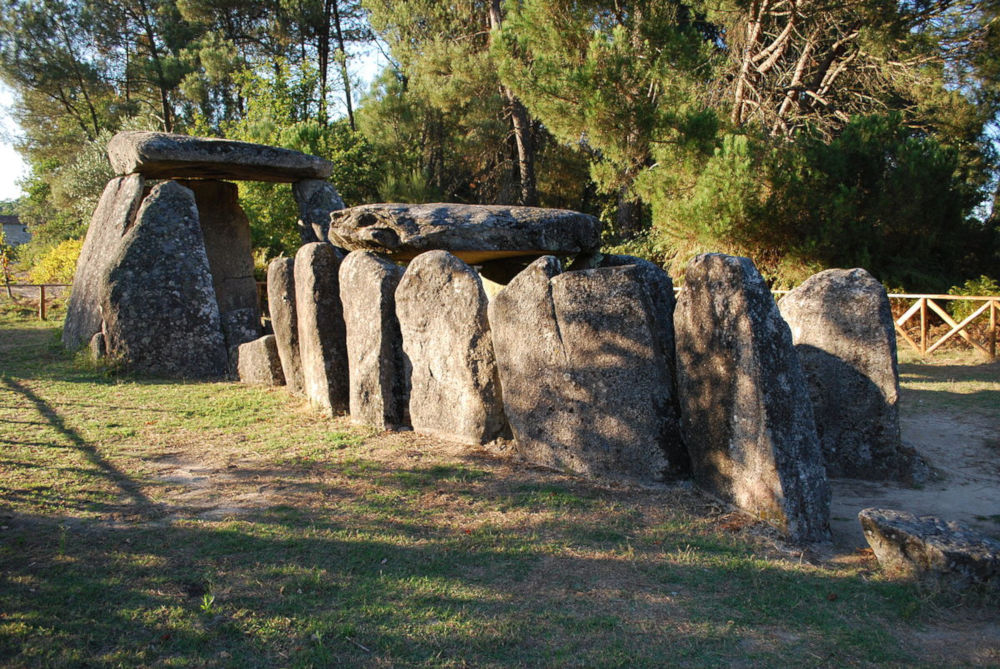 The Anta da Cunha Baixa (also called Casa da Orca de (da) Cunha Baixa) is located about 15 kilometres southeast of Viseu and about one kilometre west of the small eponymous village belonging to the Mangualde district, on the western bank of the small river Ribeiro do Castello in Portugal. Anta is the Portuguese name for around 5000 megalithic systems that were built during the Neolithic in the west of the Iberian Peninsula by the successors of the cardial or imprint culture. Casa da Orca means the house of the orca. Orca is a popular name often used for Portuguese megalithic sites, referring to a mythical figure.

The Anta, which was restored in 1987, has been known to researchers since the end of the 19th century. Cunha Baixa is a good example of what is known as a pillar Santa. The chamber is 3.0 m wide, 3.2 m long and just as high. The greater width compared to other systems is achieved by two pillars that stand on both sides of the front stone and with it form the wider rear wall.

The capstone of the chamber rests on three of the nine wall stones in the chamber. (Three-point support). The access to the paved chamber is marked by a small menhir. Of the capstones of the 7.2 m long corridor, which consists of 16 bays, only one slab was in situ at the beginning of the 20th century.