Iceland
The Arctic Henge is an enormous sundial, located in Raufarhöfn , a small town in the north of Iceland.
Want to visit
Undo
5
Been here
Undo
0 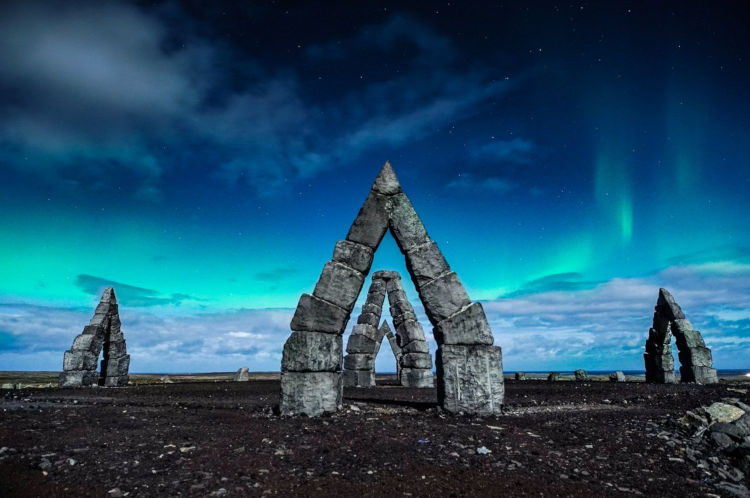 The Arctic Henge (Icelandic: Heimskautsgerðið) is located in Raufarhöfn , a small town in the north of Iceland. The Arctic Henge is an enormous sundial. The impressive monument consists of four six meter tall gates and one ten meter high column. The gates function as a sundial, as they capture the sunlight and cast shadows on precise locations.

The gates are inspired by the four dwarves of Norse mythology, Austri, Norðri, Suðri and Vestri, that befittingly face their namesake, east, north, south and west. These four dwarfs are acknowledged in the Prose Edda, and assigned to hold up the sky by Odin. In this piece the dwarfs are assigned an additional role, along with the sixty eight dwarfs mentioned in Völuspá and together they form a calendar. Old and new merges as the dwarfs, who all have rather peculiar names, are aligned together to form a chronological circle. This circle is based on their names which relate to the four seasons. Up until this point, the reason for mentioning these sixty eight dwarves in Völuspá has remained a mystery but their names have a clear connotation to the structure of the year. Theories aside, close to the Arctic Circle, the lighting in this remote part of the country is a natural phenomenon. The arctic henge is still under construction at the moment of writing (2020).