Finland
The Astuvansalmi rock paintings are an ensemble of prehistoric rock paintings on the banks of Lake Yövesi in Ristiina near Mikkeli in eastern Finland.
Want to visit
Undo
0
Been here
Undo
0 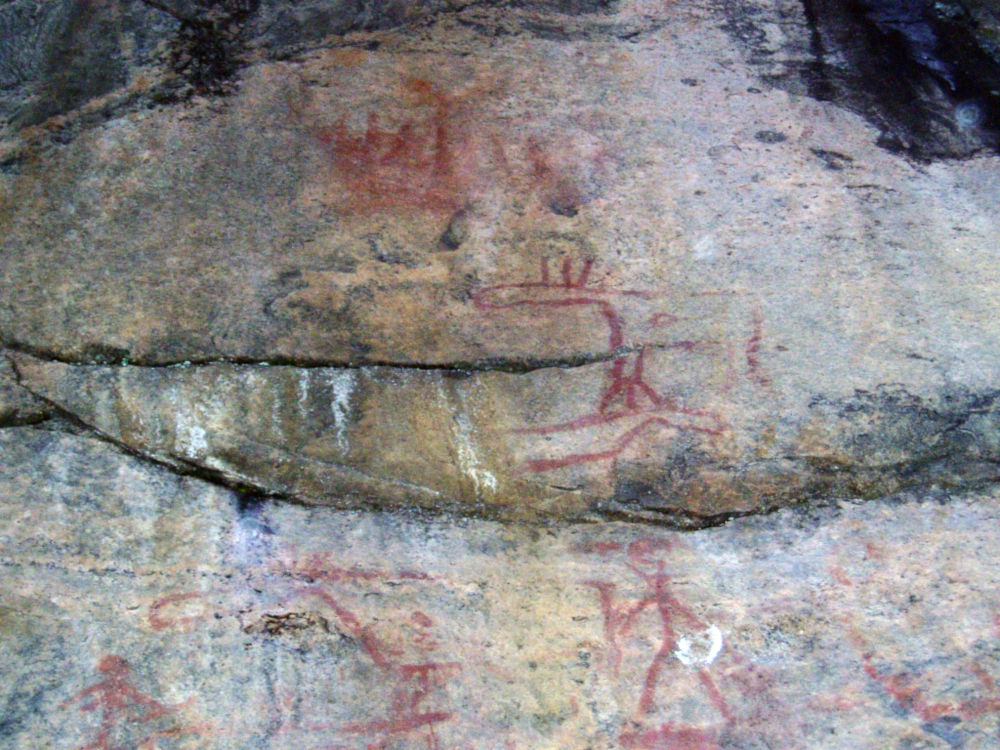 The Astuvansalmi rock paintings are an ensemble of prehistoric rock paintings on the banks of Lake Yövesi in Ristiina near Mikkeli in eastern Finland. With 65 different representations summarized in 15 pictures, it is one of the largest in Finno-Scandinavia. They were officially discovered in the summer of 1968 by the archaeologist Pekka Sarvas. Locals had known the pictures for a long time.

The paintings are on a rock that looks like a human head when viewed from a certain direction. The rock probably served as a place of worship. The images are between 7.7 and 11.8 meters above sea level, which is significantly higher than when they were created. The oldest rock paintings date from 3000 to 2500 BCE; the most recent representations go back to around 750 BCE. The reddish-ocher-coloured stylized representations contain about 18 to 20 moose, roughly the same number of people, further abstract representations of hands and animals, 8 to 9 ships and geometrical figures that are difficult to identify. Compared to other rock paintings in Scandinavia, Karelia, and Siberia, Astuvansalmi's paintings are characterized by their particular complexity.

A Stone Age settlement from around 3300 to 2800 BCE was found near the rock paintings.