Bulgaria
Beglik Tash is a Thracian rock sanctuary located on the southern coast of Bulgaria's Black Sea, a few kilometres north of the city of Primorsko.
Want to visit
Undo
1
Been here
Undo
0 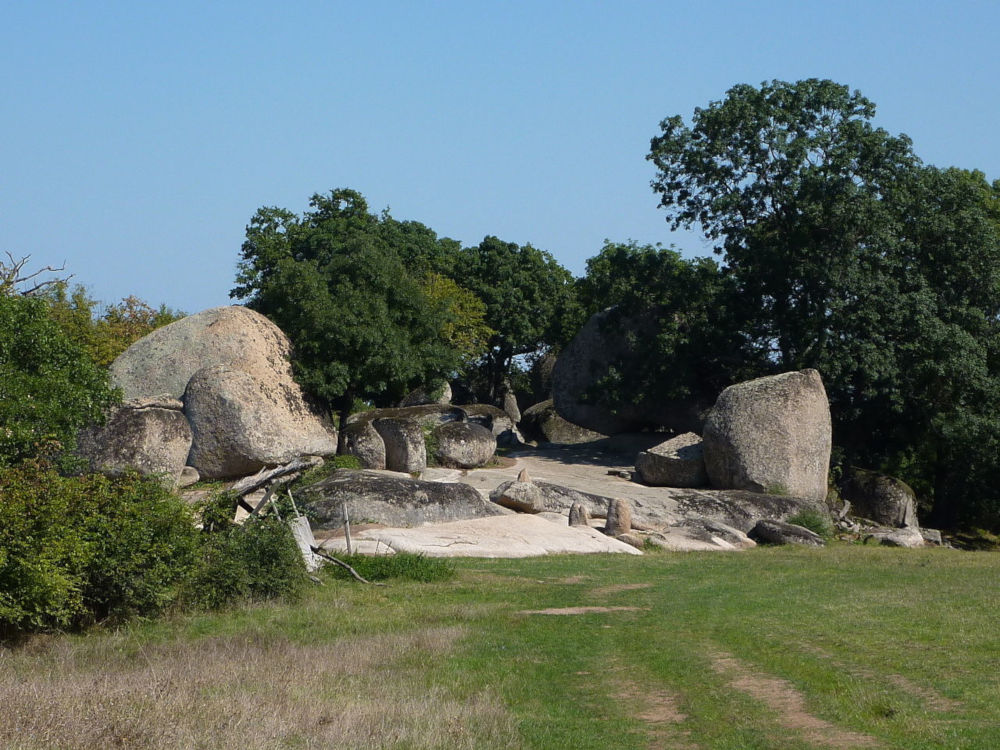 Beglik Tash is a Thracian rock sanctuary located on the southern coast of Bulgaria's Black Sea, a few kilometres north of the city of Primorsko.

Beglik Tash is a natural phenomenon of huge megaliths arranged and carved by a Thracian tribe and later used for religious ceremonies. It is part of a larger surrounding area and natural rock formation of large monolithic blocks of volcanic origin, and they were formed from hardened magma that erupted from an active volcano during the Mesozoic era. Today, the open-air museum is maintained by the Burgas Historical Society. Most of the megaliths have remains of carvings from the effects of Thracian rituals. There are also the remains of a labyrinth that visitors can pass through. The sundial is from Thrace and is made up of large stones. There is also a large huge rock, standing at just two points and a cave, resembling a woman's skirt.