Germany
The Bonstorf burial mounds are the remains of a much larger burial mound from the late Neolithic or early Bronze Age. It is located east of the village of Bonstorf, Germany.
Want to visit
Undo
1
Been here
Undo
0 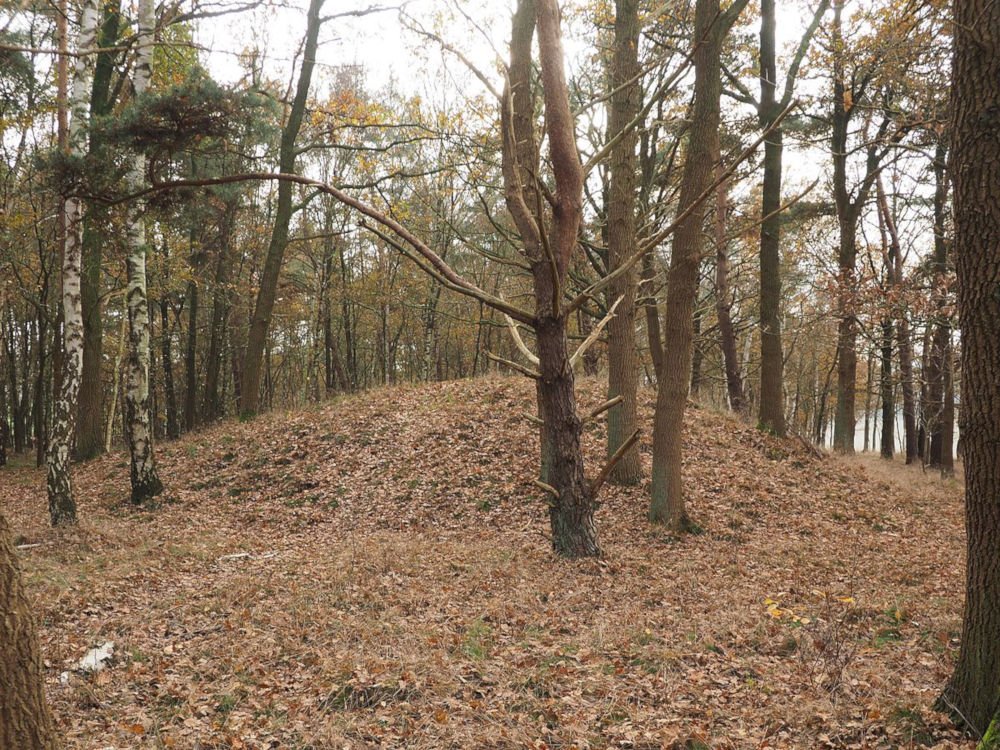 The Bonstorf burial mounds are the remains of a much larger burial mound from the late Neolithic or early Bronze Age. It is located east of the village of Bonstorf, a district of Südheide in Lower Saxony, Germany. On the burial ground directly on the western edge of the Südheide Nature Park there are five grave mounds in close proximity.

The largest burial mound was originally in a field adjacent to the north of the still existing barrows. Due to the danger it was excavated in 1973 and reconstructed near the site. The stone constructions found in the hill are interesting. The hill was framed by a stone wreath.

Under the earth fill was a wooden chamber in which a man was buried facing east-west. A clay vessel, a heel axe, a sword and a bronze dagger were found as grave goods.

On the northern edge of the hill a woman was buried on a stone bed who wore two seven-ribbed bracelets and a headdress made of groups of small bronze tubes. There was also a bronze wheel needle on her chest. It is very likely that the woman had a personal connection with the buried man.

The grave goods found are characteristic of the older Bronze Age (i.e. from around 1500 to 1200 BCE) in the Lüneburg Heath.