Denmark
The Busemarke Langdysse is located west of Nøddebjerggård in the Busemarke moor on the Danish island of Møn.
Want to visit
Undo
1
Been here
Undo
0 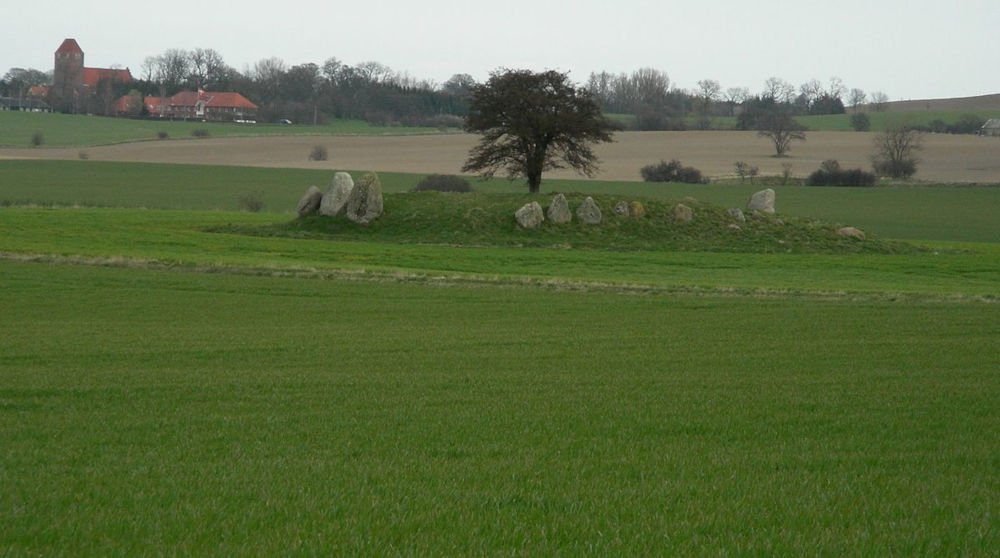 The approximately 30 × 9 m long northwest-southeast oriented megalithic bed including its curbs is relatively well preserved. This also applies to the open, narrow rectangular chamber of the ancient dolmen in the middle of the giant bed. Three bearing stones have been preserved, which lie on their longest narrow side in the manner typical of Urdolmen. The chamber lies in the longitudinal direction of the hill (longitudinal lying).

This form is one of the oldest Funnel Beaker Culture systems that were created and are not accessible. It was constructed around 3500 BCE. The capstone of the chamber and some of the stones in the enclosure are missing. This was already the case when the National Museum first described the megalithic complex in 1880. The special feature of the large stone grave are the three large curbs at the west end and one of probably three that have been preserved on the opposite side. They create a monumental character. A cup stone with 63 round bowls lies on the south corner.