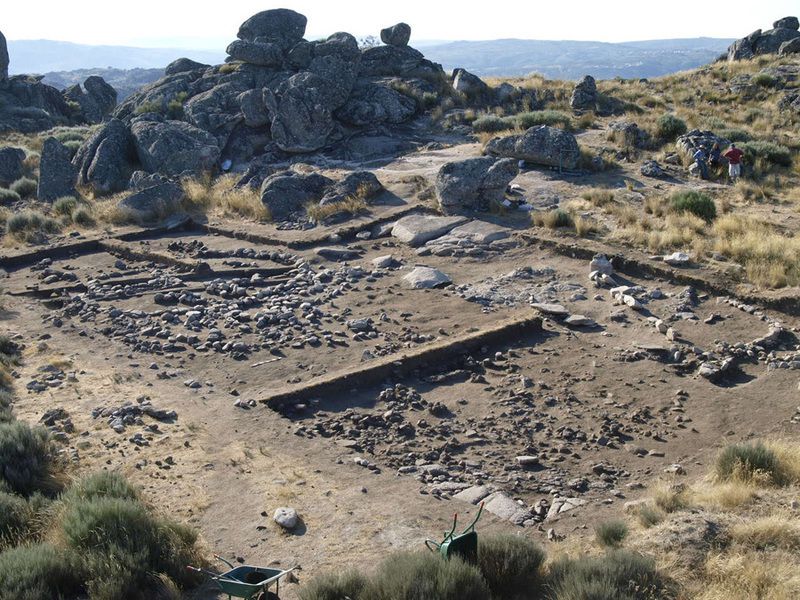 Cabeço das Fráguas was a temple built by the tribe of the Lusitanians, now in ruins, located in the parish of Benespera, district of Guarda, Portugal. Its construction started around the 8th-7th century BCE and fell into disuse nearly a thousand years later presumably because of the Christianization of the Roman Empire or some other unknown reason. The temple is located at the top of a mountain, at around 1050 meters of altitude. It's only accessible by foot, taking around 1 hour to reach the top - so be sure to come prepared.

Ruins of a wall which surrounded the site and several buildings inside it can be seen, which made up the structure of this temple. We can also find here an inscription written in the extinct Lusitanian language with the Latin alphabet, being one of the most important and well preserved epigraphs of the Lusitanian corpus. The inscription describes a suovetaurilia type ritual, with animals being sacrificed to native Lusitanian deities such as Reve, Iccona, Laebo and Trebaruna. According to local legends, it is also where the funeral of the Lusitanian hero Viriathus, described by Appian, was held.