United Kingdom
The Cairn of Dyffryn Syfynwy is located southwest of the hamlet of Rosebush, near Fishguard in Pembrokeshire in Wales.
Want to visit
Undo
0
Been here
Undo
0 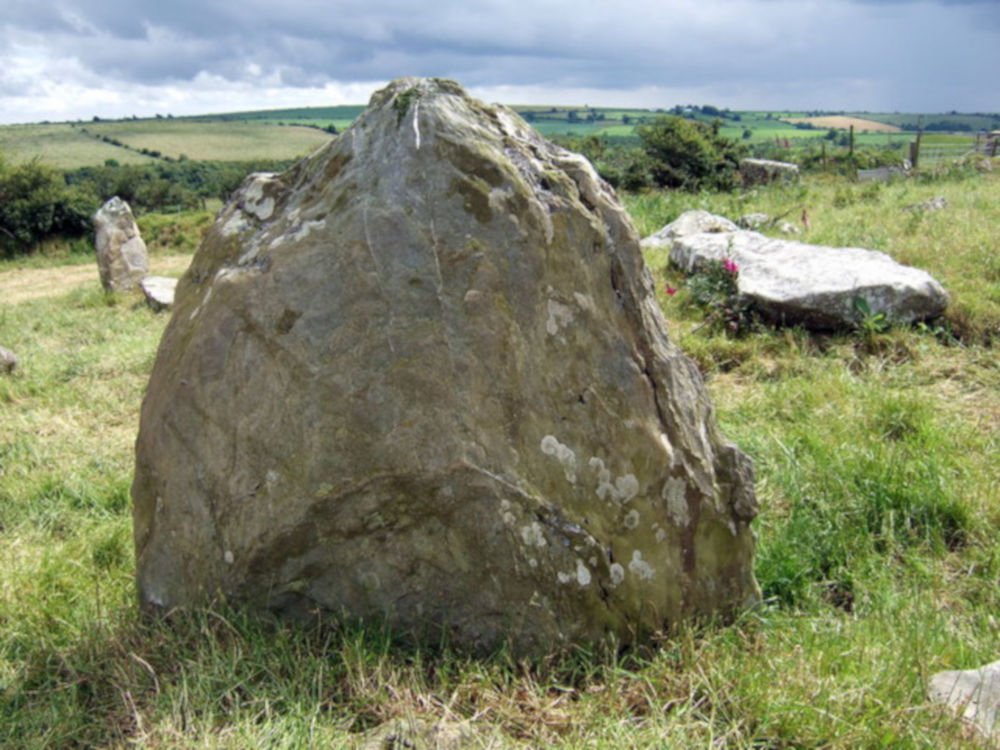 The Cairn of Dyffryn Syfynwy (also known as Dyffryn, Duffryn Stones or Garn Ochr Cairn) is located southwest of the hamlet of Rosebush, near Fishguard in Pembrokeshire in Wales. It is an elliptical site, also incorrectly referred to as a stone circle, surrounded by a ruined cairn made of 18 stones, which vary in height between 0.9 and 2.1 m. Only ten of the stones are standing. Reports from the early 20th century indicate that there were 10 or 12 stones in situ with a cairn intact inside. In the east of the circle, three large stones have been described, only one of which remained upright. This stone is significantly larger than the others. It is unclear whether this has any meaning.