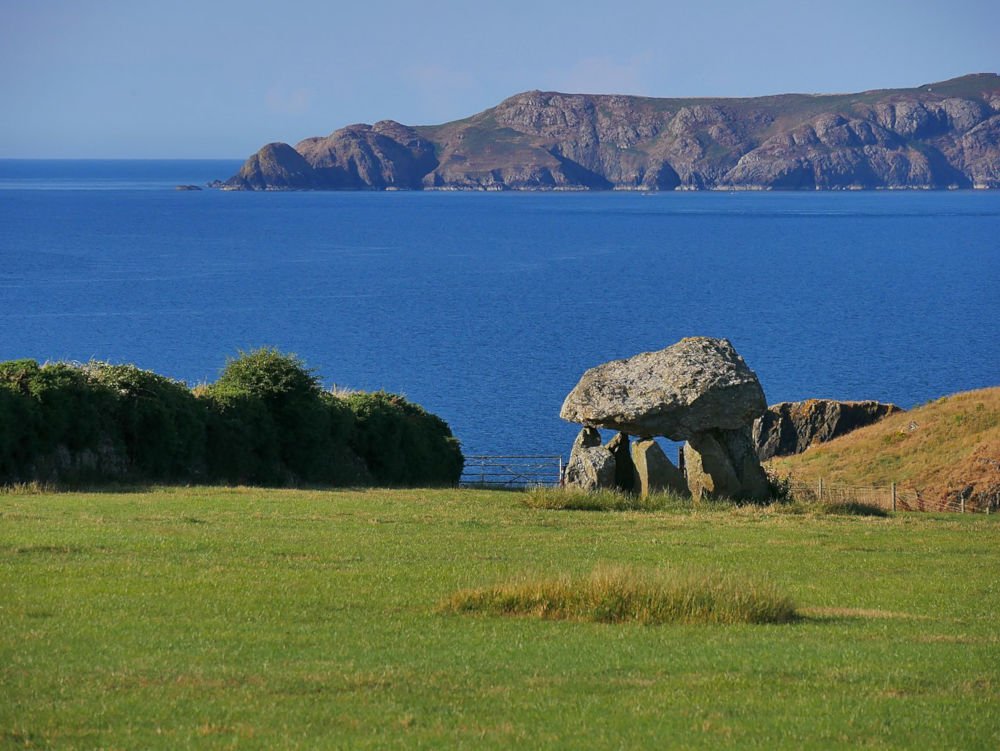 Carreg Samson (also called Carreg Sampson, Samson's Stone, or Longhouse) is located above Abercastle Bay, at Fishguard in Pembrokeshire in Wales. Carreg Samson is also the alternative name of the nearby Carn Wnda.

The approximately 4.5 m long and 2.7 m wide capstone rests on three of the seven upright bearing stones. The entire structure was once covered by a mound of earth or stone. At the beginning of the 20th century, the lateral gaps between the stones were blocked in order to use the dolmen, which could be a quoit, as a sheepfold.