Italy
The Cava dei Servi dolmen is located on the Cozzo Croce hill in the Monti Iblei northeast of the city of Ragusa in southeast Sicily.
Want to visit
Undo
0
Been here
Undo
0 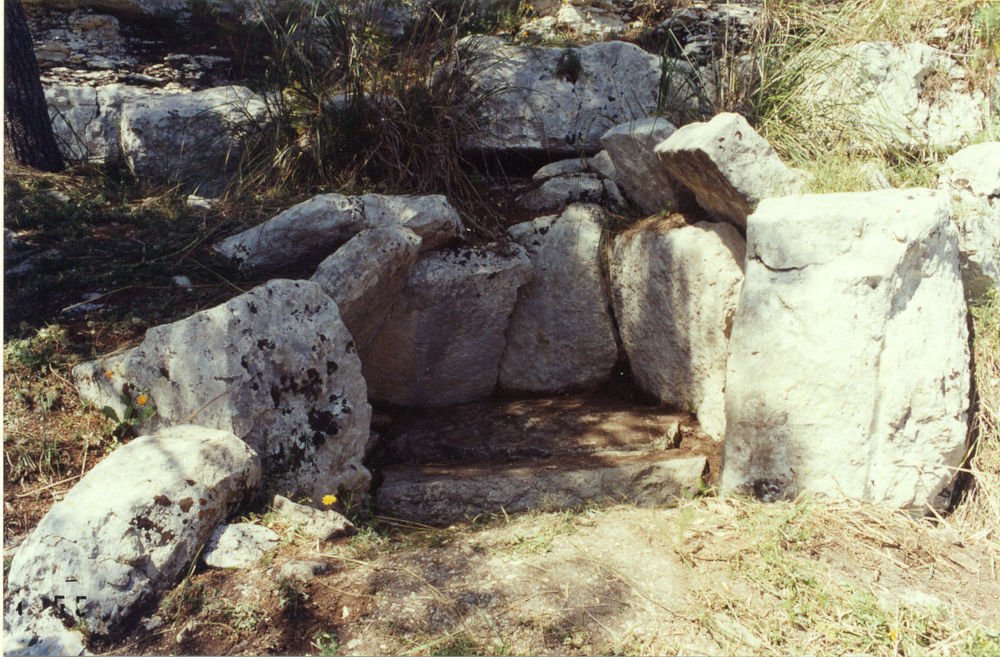 The Cava dei Servi dolmen is located on the Cozzo Croce hill in the Monti Iblei northeast of the city of Ragusa in southeast Sicily.

The water has cut steep and deep gorges into the territory around Ragusa and Syracuse. In the Cava dei Servi, the depression made it difficult to reach a small headland. This hump was the place of human settlements since the early Bronze Age (around 2200–1500 BCE).

The semi-oval dolmen is formed by plates that are anchored in the ground. Two large boulders in the access area complete the construction. The four upright stones that make up the oval are more or less uniform. Above are remains of a layer that had fallen into the slope, which may have formed a protruding layer on which the ceiling slab rested. In the chamber lies a large slab of limestone, broken into four parts, which appears to have been the capstone of the megalithic complex. The structure is approximately 3.0 square metres and built into the slope of the hill. The dolmen consists of four unprocessed 22–28 cm thick limestone blocks. The access is in the northeast and thus follows the same orientation as the other Sicilian dolmens. The dolmen dates from the Bronze Age, around 2200–1500 BCE.