Italy
Cava del Rivettazzo, meaning "Quarry of Rivettazzo" is a Sicilian necropolis located about 4 km north of Solarino, along the Provincial Road n. 28 which leads to Sortino.
Want to visit
Undo
0
Been here
Undo
0 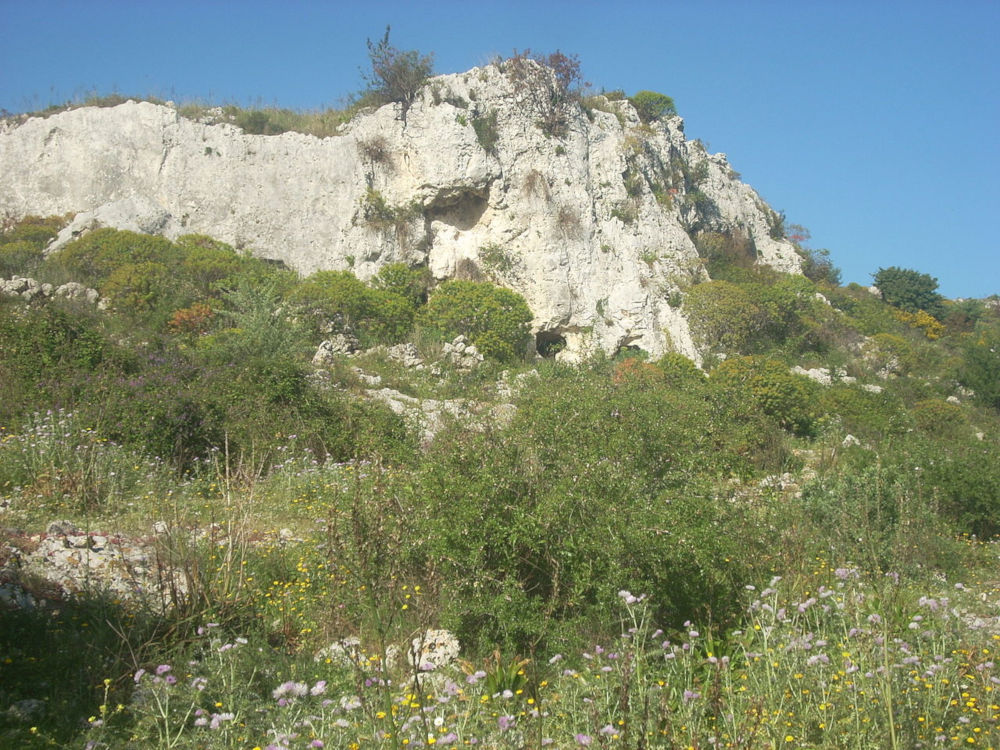 Cava del Rivettazzo, meaning "Quarry of Rivettazzo" is a Sicilian necropolis located about 4 km north of Solarino, along the Provincial Road n. 28 which leads to Sortino.

Discovered at the beginning of the twentieth century by the archaeologist Paolo Orsi, the site consists of about a hundred sepulchres dating back to the Bronze Age and being, according to the same scholar, the only site to testify all three phases of that age, is to be considered a milestone for the proto-history of Sicily.

For a long time, the site was used by the Sicels, an Italic tribe that inhabited the eastern part of Sicily.

The different shapes of the cells that make up the tombs and from the discovery, inside them, of flint knives, blond limestone pearls and vases also of the Pantalica type, led the Trentino archaeologist to deduce that the necropolis belonged to a transitional stage which went from the first to the second period that he defined as "Sicilian", as he also noted from the findings of ceramic elements found in the 24th sepulchre. The funeral equipment found in the 10th sepulchre belonged to the 3rd period. Ultimately he was able to affirm that Rivettazzo, even if inhabited by a small handful of people, was frequented for many centuries already before the second millennium BCE, that is precisely from the Ancient Bronze Age and that, in subsequent periods (Middle Bronze Age and Recent Bronze Age) there was the stabilization of the population in hut villages.

According to Orsi, the huts were distributed in two groups, not far from each other, and precisely, one behind the Cozzo Bernardo hill overlooking the same quarry and the other, on the opposite shore, in the locality Cozzo Carrubbedda.

Above all, it was the presence of the Anapo that flowed inside the quarry that acted not only as an abundant water reserve but above all as a way of communication with the other human groups settled along the Sicilian eastern coast (Ortigia) and in the highest of the riverbed of the same river (Pantalica), these two sites remained inhabited for a long time, certainly up to the Byzantine period to which the subsequent devastation was due in large part. This is the only way to explain the different development and shape diversity of the niches belonging to different periods; as well as the presence of more recent materials in the oldest sepulchre, as it had already happened during the excavations of Cozzo Collura.

Near the Cava del Rivettazzo is the largest necropolis of Calancon del vento or Cava del Parroco, contemporary with Rivettazzo and devastated by the Byzantines, whose reference village should have been in the locality of Cugno Cardone. Strangely, however, this site was never studied by Orsi.