Italy
The Cestia Pyramid (or Pyramid of Gaius Cestius) is an Egyptian-style pyramid found in Rome, next to the Porta San Paolo and the city's Protestant cemetery.
Want to visit
Undo
0
Been here
Undo
0 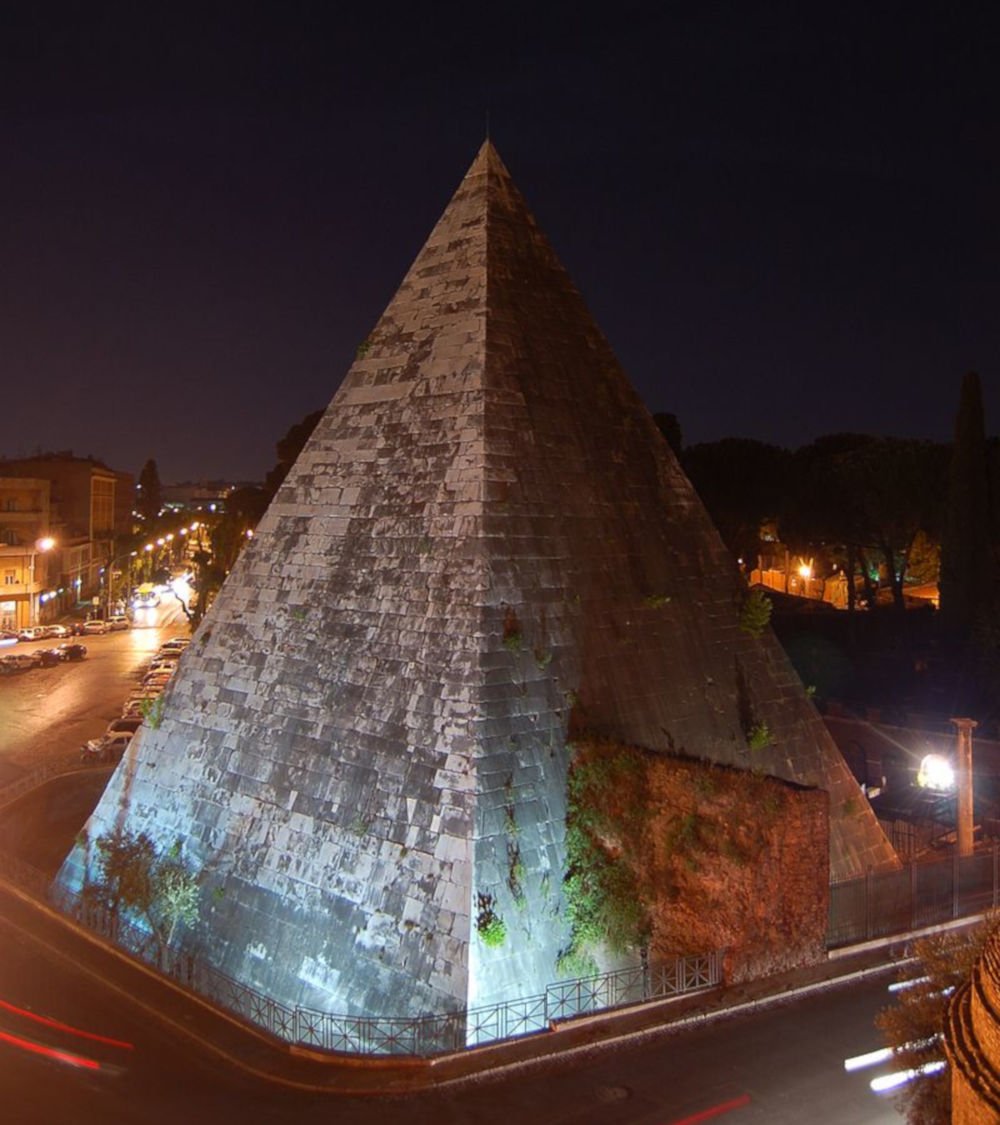 The Cestia Pyramid (or Pyramid of Gaius Cestius) is an Egyptian-style pyramid found in Rome, next to the Porta San Paolo and the city's Protestant cemetery. It was built around 18 and 12 BCE as a tomb for Cayo Cestio Epulón, magistrate.

Its square base is about 30 meters on a side and reaches a height of 36.40 meters. It is covered with marble, although its internal construction is made of brick. On the eastern and western sides, there are inscriptions in Latin where both the name of Cestius and the circumstances of the construction are recorded, which according to this lasted 330 days.

At the time of the Caesars, gigantic tombs began to be built in Rome, some of them, such as that of Gaius Cestius, were inspired by models of Ptolemaic Egypt. In times past the pyramid was thought to be the tomb of Remus. In the 3rd century, the pyramid was included in the Aurelian wall.